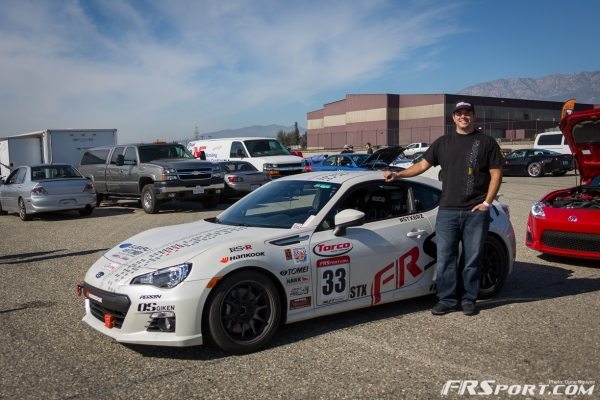 What is it about cars and racing that is so appealing? How can a child crave watching cars go round, and round, and round? Is it the loud, obnoxious noise or maybe the smell of burning fuel? Who really knows? What I do know, is that I have loved racing ever since I could remember. The only influences that I can think of would be my father’s love for NASCAR, which was passed on to me, and my grandfather being a local sprint car driver at Ascot Speedway out of Gardena, CA.

Through most of my childhood and into my teen years, NASCAR and INDYCAR was all I knew. Did I mention that I grew up in Georgia? However, it wasn’t until high school that I met a good friend of mine, Alex Muresan who introduced me to drifting, autocross, and Formula 1; and then…the real addiction started. My first “real” car that I (or really my mother) bought was a 1999 Civic Si. I joined a car club and tried autocross while living in Atlanta, GA. Although I loved autocross for the partial year that I participated, I started attending college and never returned until I finished. Fast forward a little over a decade to 2011 when I bought my 350z. Shortly after buying the Z, I felt the craving for speed and competition. Finally, I joined the SCCA Cal Club region for a taste of autocross once again in March 2012. Ever since then, I’ve never looked back.