The newest marvel from Tein isn’t a coilover system but rather an accessory to their existing coilovers. It is a G-Force and Speed sensing EDFC that sets the dampening force according to these two forces; Tein calls it the EDFC Active. The Brand New EDFC Active still allows the driver to adjust the dampening force from within their own cockpit, but now one is also able to configure the unit and correlate dampening force with G-forces! 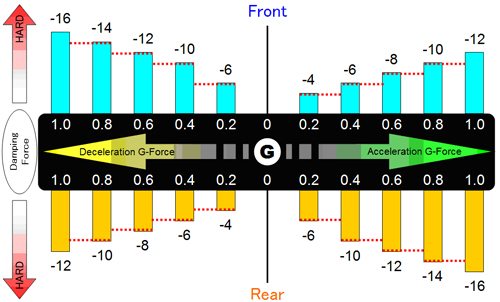 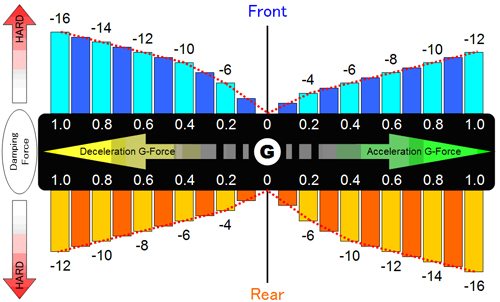 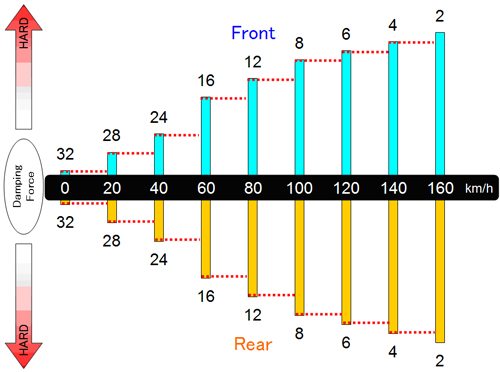 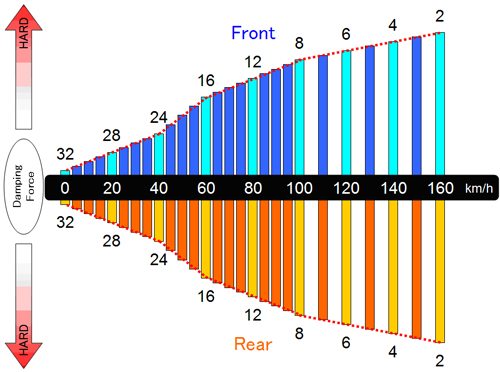 This mode goes on to combine both the G-Force sensing functionality of the EDFC Active and the Speed sensing one. The result is two feedback options that give you a tremendous advantage on the road; specially on a fast track with multiple corners or speed fluctuations. Below is the graph for this collaboration of functions from the EDFC Active.

The new EDFC Active is scheduled to be release from the end of January to the beginning of March. If you are a track super star we highly recommend you keep your eyes peeled for this product.

For more information and the original destination of the graphs please visit Tein’s product page here. If you are interested in pre-ordering one of these sweet gadgets click here to get re-directed to our website. To check out how the new EDFC Active works in real time, press play on the video below.