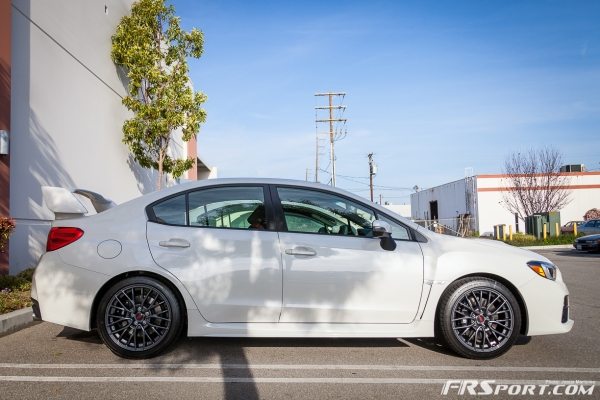 Our 2015 Subaru STI has been running around town in stock form for far too long. Thanks too a few good vendors of ours however, we were able to source some cool trinkets for the car. Read on to check out some of the JDM swag we have recently added to one of our newest Subie’ cars. 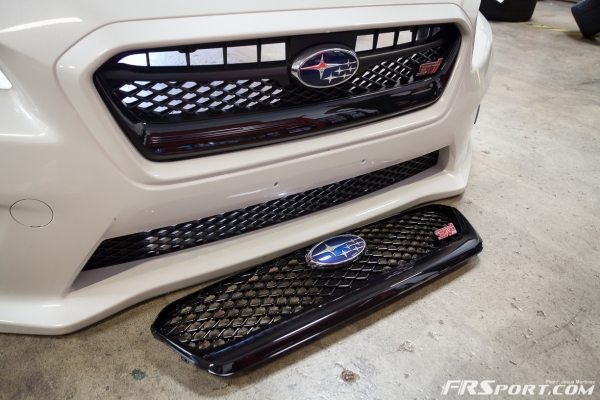 One of our first upgrades was the new JDM STI Grille. This Grille is what the Japanese 2015 STI comes with overseas and we were lucky enough to source one and mount it the same day we got it. The difference is subtle but we definitely like the uninterrupted look of the JDM grille over the gaping holes found on the USDM model (even if they do offer a tiny bit more air intake). 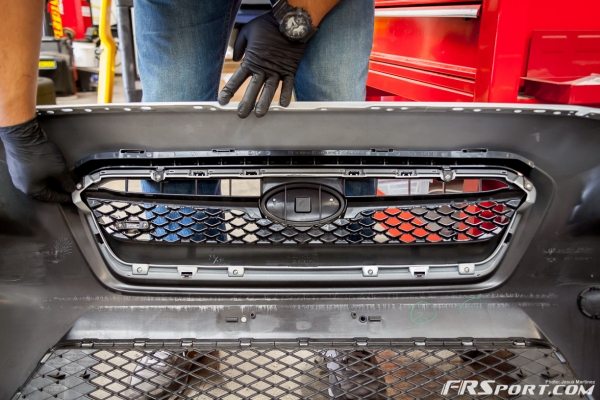 All it took to remove the grille was the quick detachment of the front bumper, some clips, and Phillips screws in the back of the USDM grille and voila the grille was installed. Quick and easy mods are our favorite for sure! 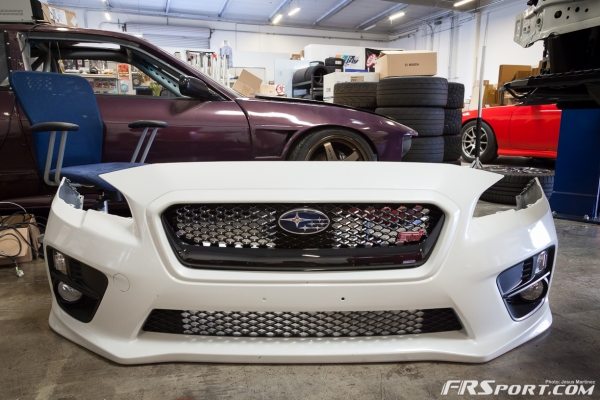 This is how the new front looks like now. Ahh nothing like a continuous , uninterrupted pattern; you design geeks now what we’re talking about hehe. 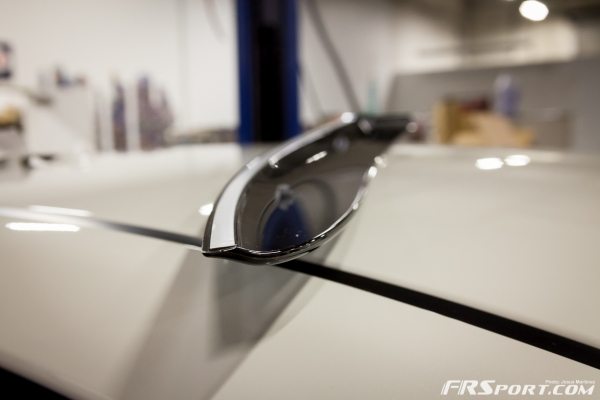 After we put the bumper back on the car we also began putting on our Subaru oem window visors. These weren’t necessarily JDM but they definitely added to the cool factor. Because we all know that it doesn’t rain in Southern California due to our horrible drought, we still discovered that they help reduce sun glare in the mornings and afternoons as we drove home. 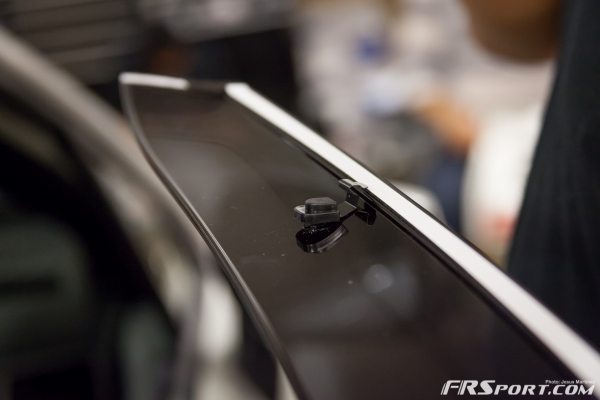 The install was easy for these 4 pieces and all it required was some precision and patience. There are a few clips on the back of the visors along with double-sided tape that secured the parts to the side of the window trim. One simply had to align and press and the visors were on. 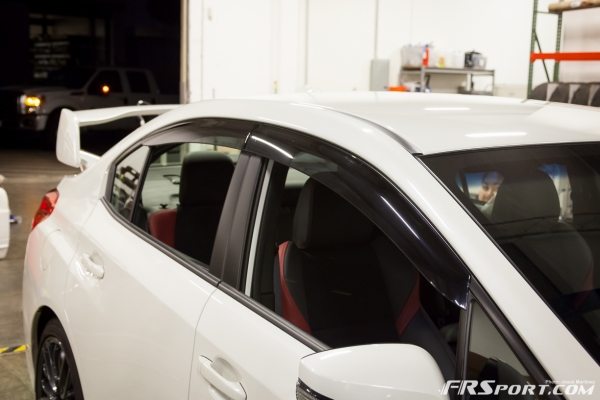 Here’s how they looked mounted on the STI car. 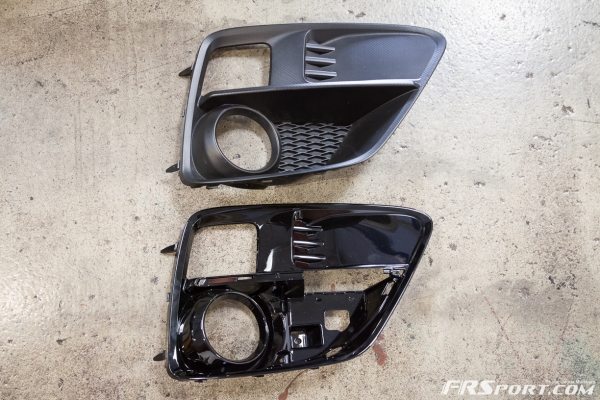 Our coolest mod to the car however had to be the addition of some JDM only daylight running lights or DRL’s for short. Above you can see that the JDM housing for the DRL units comes in a glossy finish versus the matte USDM units. The shiny housing definitely enhances that Darth Vader look exponentially! 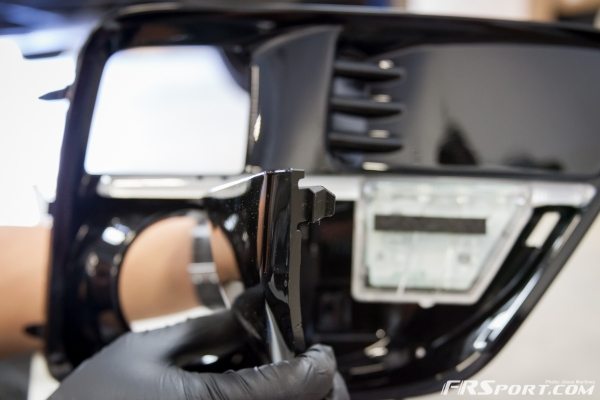 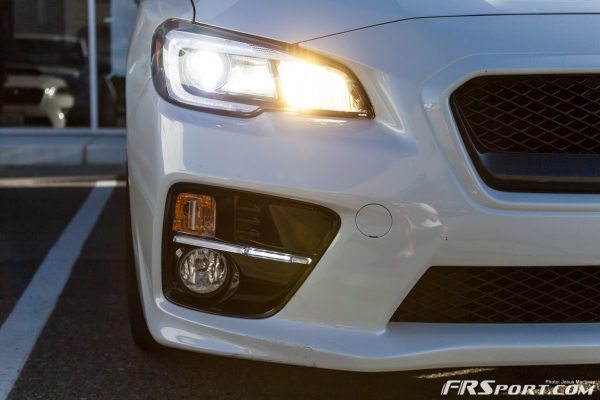 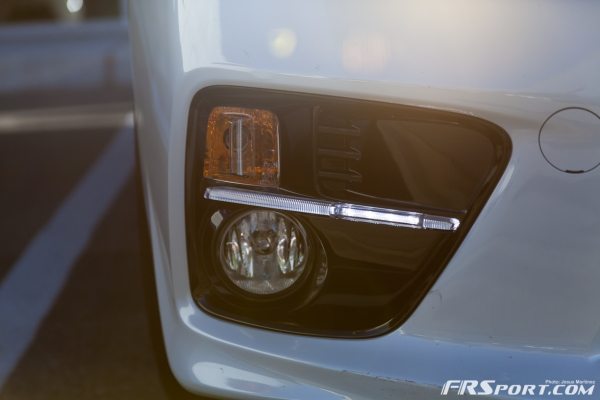 Here are a couple of shots of the lights installed on our car. Clearly the shinier housing compliments the overall aesthetics of the car better than the matte units in our opinion. 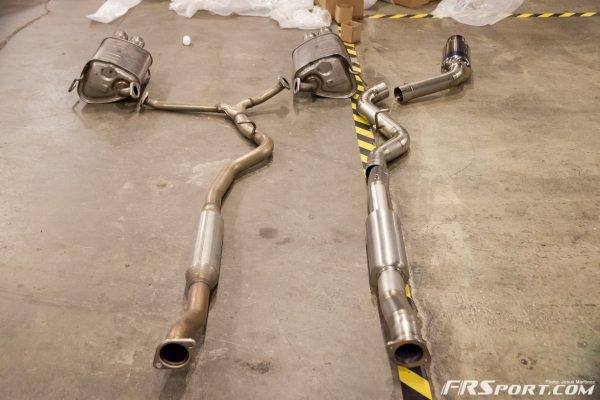 Not all the upgrades performed to the STI were aesthetic in nature. Here next to our OEM exhaust system lies a prototype Tomei unit we were lucky enough to test for them. Take a look at how un-restrictive the Tomei unit is! When we removed the stock mufflers, we were astonished at how big these suckers were in relation to the Tomei unit. 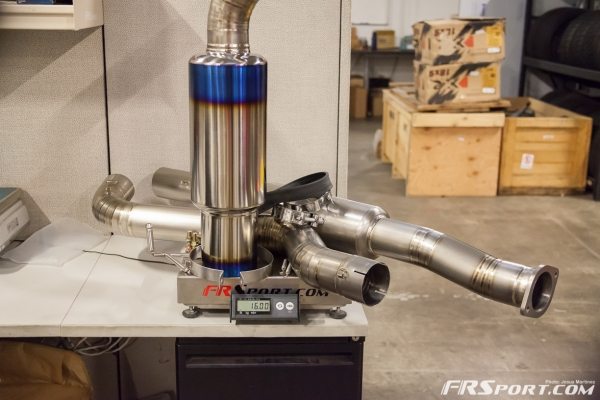 The total weight savings over the steel exhaust were also amazing. The stock 2015 STI exhaust components weighed in at a total of 40.7 pounds, while the Tomei unit only registered 16 pounds! 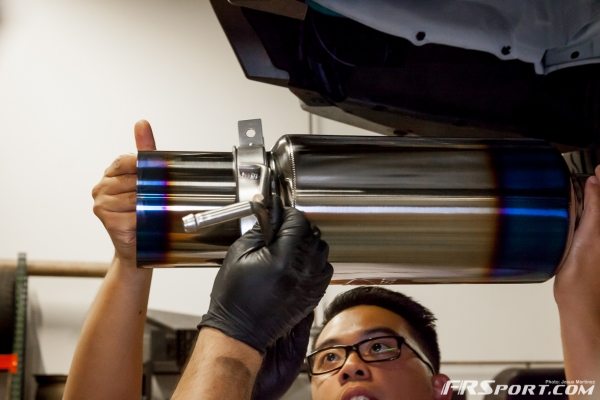 Here is a preview shot of what it looked liked going in and getting attached to the exhaust hangers. After we have confirmed fitment, we’ll post more legitimate and completed images for everyone to gander at.

The Tomei exhaust rounded out the initial list of mods and upgrades to our 2015 STI and now that we have a few in we are hungry for more haha. Stay tuned to future updates and keep checking back once in a while for more modifications performed on the FR Sport 2015 Subaru STI Vehicle.