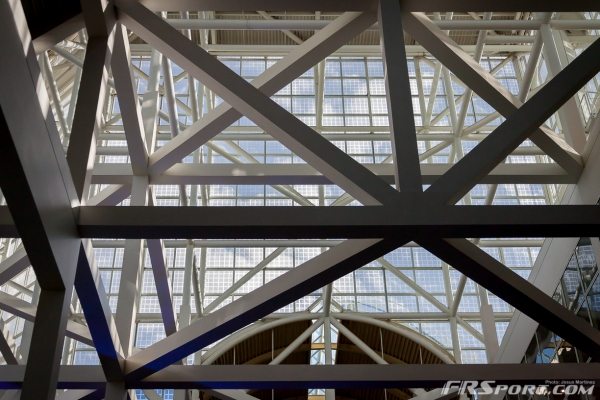 Navigating the expansive space that is the Los Angeles Convention Center is always such a treat for passionate car people like myself. I take joy in checking out all the new cars and capturing them in their best light. There are however, some cars that truly strike a chord in our hearts and leave a lasting impression. The following cars therefore, are the hottest 10 cars at the show in my opinion(a somewhat connoisseur of aesthetics haha). 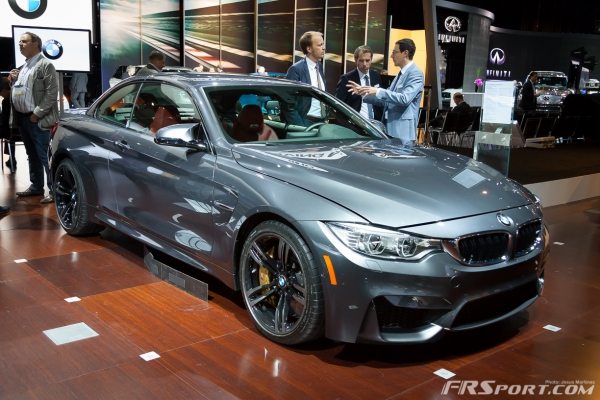 10) The new BMW M4 has already been out and about but I had yet to stop and take it in completely. Packaged with tons of M goodies the vehicle looks menacing in person and small details like the mirrors and brake rotor patterns are always something you can’t truly pick up until it is parked and not speeding away from you. The version above was also the convertible model of the 4 series. 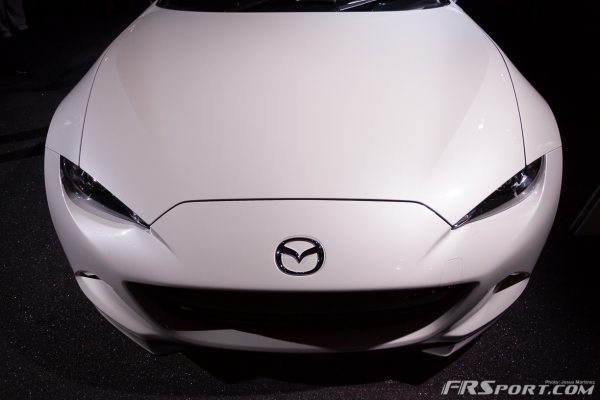 9) We have covered the release of the ND Mazda Miata Roadster before, but we had not seen it in this color. The 2014 LA Autoshow hosted this Stormtrooper White model (I doubt that’s the actual name but I’m sticking to it) and allowed it to reveal some of those lines that sometimes remain hidden with the darker hues. At this angle it looks like it means business. If you are thinking of purchasing one for Autocross next year and are familiar with cone marks, I would strongly suggest a darker color however. 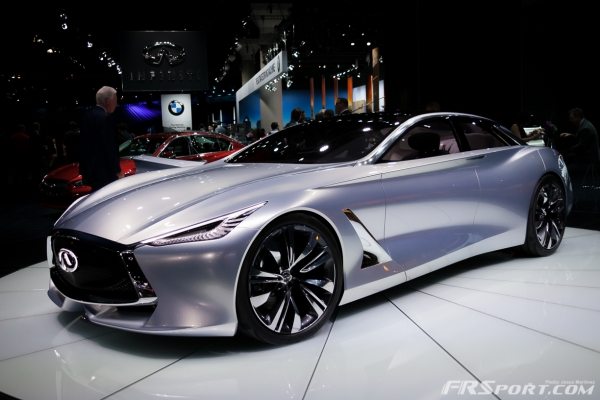 8) The Infiniti Q80 future concept is on the list simply due to its amazing design. If Infiniti retains this shape for its entire line up it will surely be a forced to be reckoned with. The car is a large, range topping model and the opposite-opening doors truly set it apart from other recent luxury vehicles. Lets try to get a VR38DETT in that shall we? 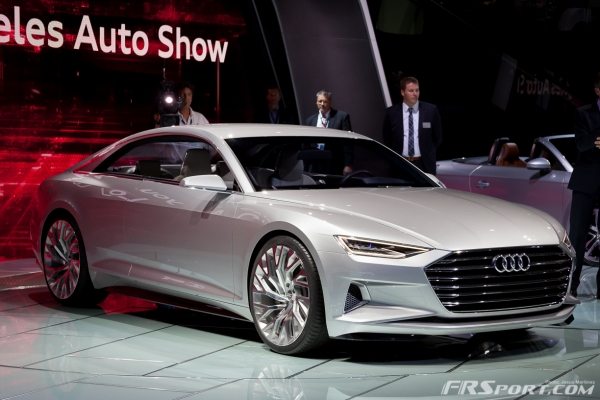 7) Another range topping luxury model that made my lis was this epic Audi Prologue vehicle, a concept as well. If produced many are stating that this car would be named the Audi A9 and sit at the very top of the Audi line up. It takes similar styling cues from the super popular S7 and RS7 cars and has the wheel base to back it up. The car also demonstrates a B-pillar deleting cabin similar to what we have seen from Mercedes.  I specially liked the elongation happening in the headlights; it shows that Audi is ready to move on from the current styling canon. 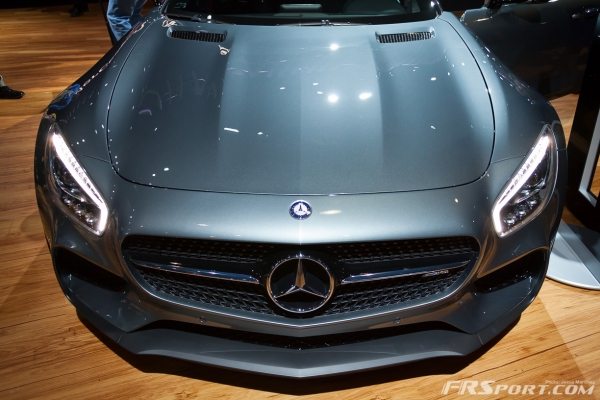 6) The 2016 Mercedes-AMG GT S was a mean little 2 seater that was awesome to stare at and a breath of fresh air from the countless SLS vehicles that Mercedes made us go through. I mean I like the concept of the winged doors, but the car just seemed to lack something aesthetically. I had never been a fan of the smaller cars until I saw this new offering from Mercedes. It is compact, sharp, and aggressive; characteristics essential to a sports car. 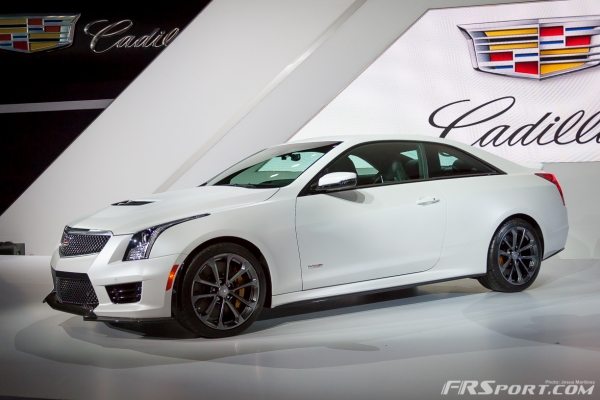 5) The Cadillac ATS-V seemed to have made a huge impact at the show and garnered the attention of various media outlets throughout the day. With 455 horsepower and 445 pound-feet of torque, this updated Caddy’ is sure to take some of the limelight away from the European competitors and have many local motor sport aficionados yelling “Merica!”. 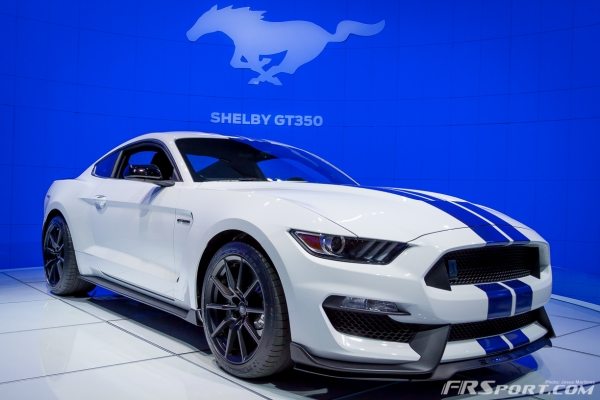 4) While we are on the topic of America, the Ford Mustang 350 GT was also there and earning points for the Domestic team. The car simply looked stunning and fans of American Muscle will not argue that this newest Mustang design and livery truly live up to the Pony Brand’s heritage. When we posted it to our social media pages we had some of our followers even crying, “FR-S Killer”. While the 350 GT Model will surely pass the $30k mark, the lower versions of the car may just live up to those cries (Specially now with its new rear, independent suspension). 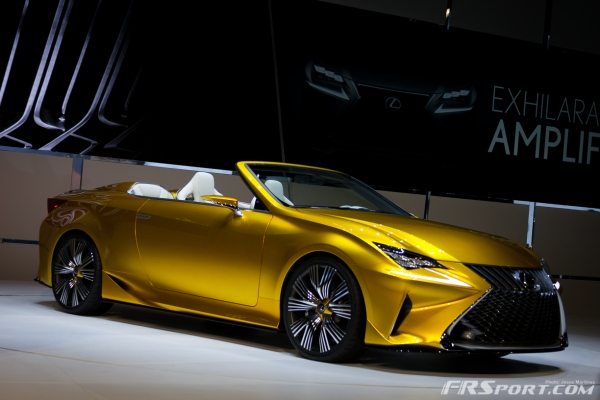 3) My top 3rd pick and the car you saw on the cover page for this post is the Lexus LF-C2 concept car that debuted at the show. While it was introduced as a shooting brake by Lexus, further inspection revealed production ready characteristics. Should the Lexus RC-F be a success, I am sure Lexus wouldn’t have a problem chopping the roof off the RC coupes, creating this gorgeous looking convertible in the process. 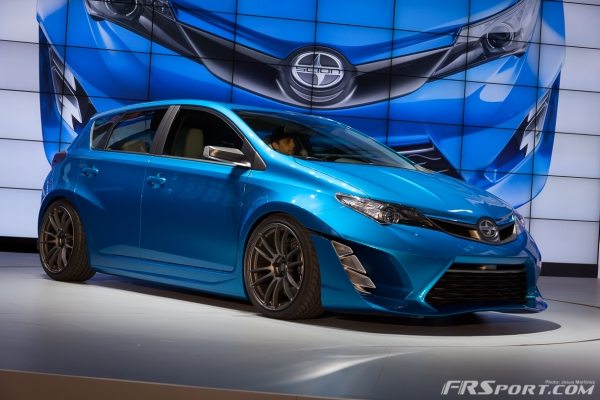 2) Nothing makes a car hotter than, it, actually being almost ready for production. At the 2014 LA Auto show the Vice President of Scion confirmed that this vehicle, the Scion iM concept, would definitely be produced by the company. The vehicle you see above was actually put together by 5Axis and is said to be a super close example of the car that Scion committed to producing at the show. 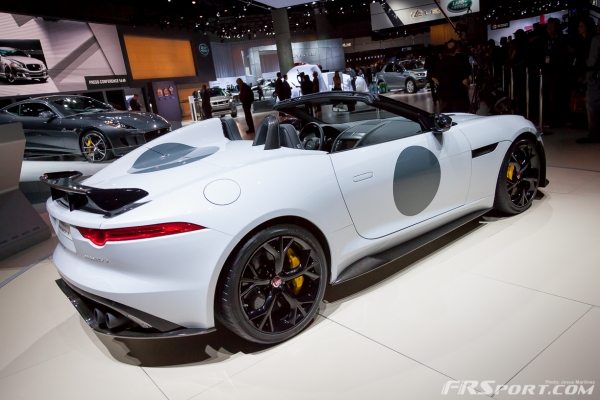 1) Last but not least is the Jaguar F-Type Project 7 vehicle in white. Jaguar had previously created this car as a concept vehicle for a past Concourse D’Elegance show in Monterrey but have recently committed to producing a few of the gorgeous models. 250 units to be exact, will be produced by Jaguar and will encompass the highest performance ratings the company has ever attributed to a production vehicle. The car will have an amazing 575 PS and 680 Nm from the equipped 5.0-litre supercharged V8 engine. It will also reach 60 mph in 3.8-sec exactly thanks in part to heavy carbon fiber and aluminum usage in the construction of the car. I for one love the open top design and feel it brings a little heritage back to an already awesome car.

With that I really hoped you liked some of my picks for hottest cars at this year’s LA Autoshow. If I missed a car that you especially liked but I failed to mention, let me know in the comments. Until next time!