FRSport Hits the Track With Adam Knapik for Topdrift Round 3 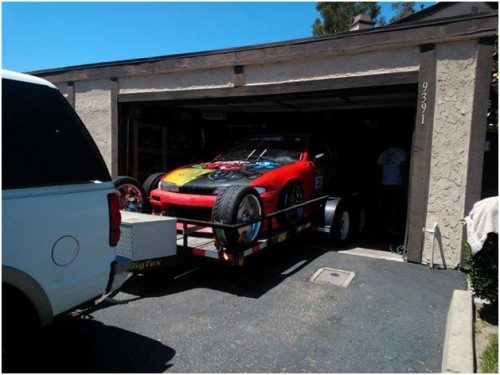 The event started at 5pm so we headed out mid afternoon. It was nice not having to wake up SUPER early, and enjoying a good night’s sleep. 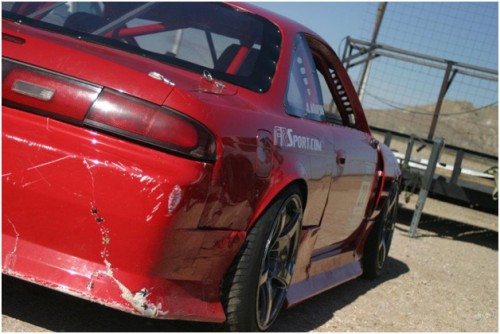 With practice in the day’s heat, and qualifying at night, it makes for a tricky situation because of the track tempature difference. 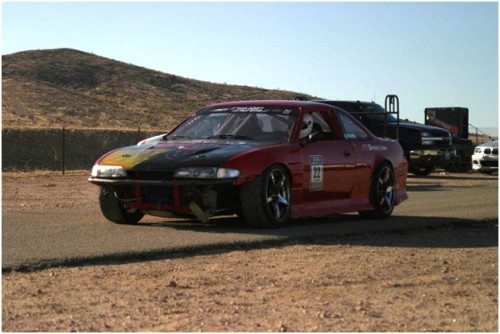 We where the first run group to go out, which usually isn’t the best thing, because the first group never gets as long, and we didn’t catch a break with someone blocking the exit with their towing vehicle. 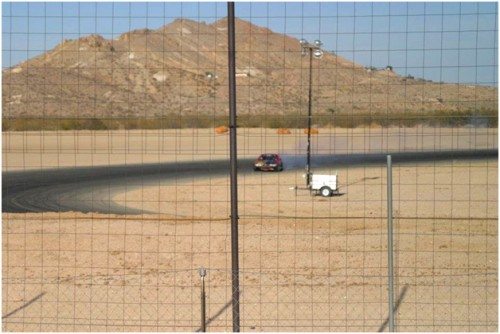 We were only able to get in 3 practice runs, and then had to just sit and keep cool, as we watched the other run group get their practice time. 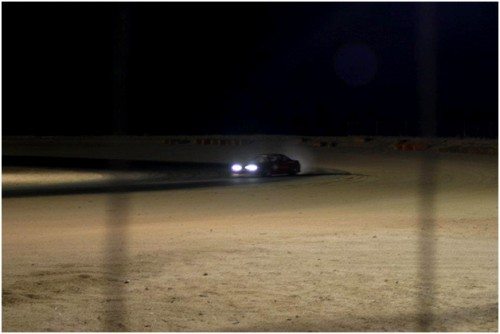 So after being in the first practice run group, luck struck again, and we where the first ones to run the qualifying runs. Best run out of 3 counts, and with the track tempature and grip level drastically different, the car ended up going off course twice. 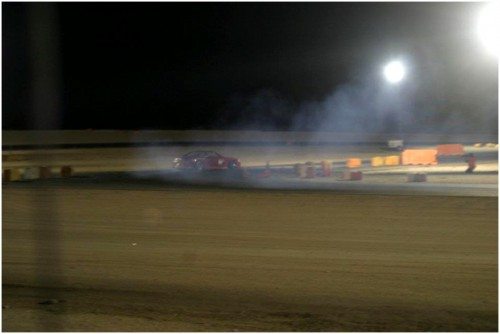 After being able to keep it on track for the 3rd run, success! Qualified for top 16! 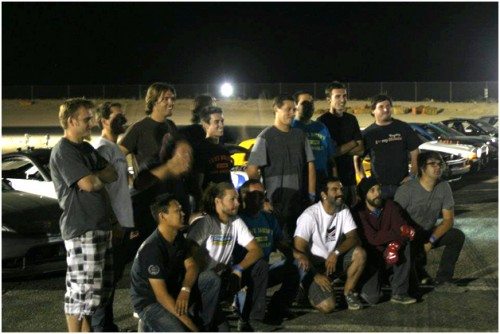 Not the best showing, but at least we made it into the show! 15th out of a group of great drivers. 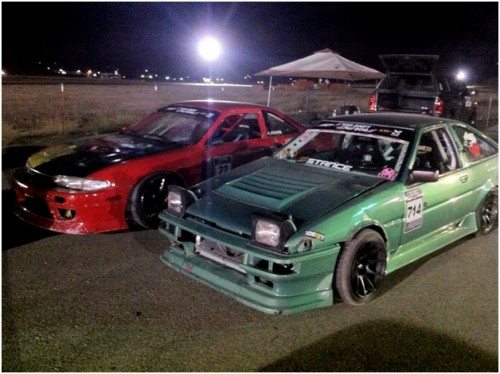 Ended up getting paired up against number 2 qualifier (and fellow Polish-man) Luke Pakula, who had been driving amazing all day. 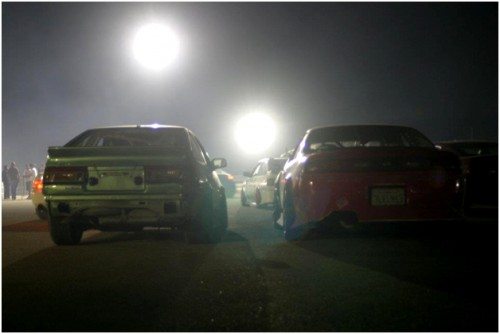 After lining up, there is no turning back! 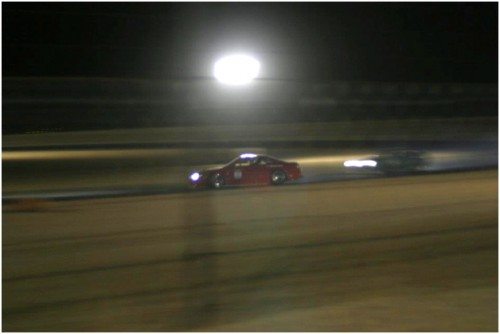 After an ok follow run it was our turn to lead. All was good until we put 2 tires off course, resulting in a 0, making Luke the winner of the round

We had great fun and look forward to the next round on the 18th! Come out, help support us, and watch some great tandem driving! And remember, if you need parts, WE’VE GOT’EM!!!

Don’t forget to check out our gallery & we’ll see you on the track !