It’s a Fiesta on the West Coast

Fiesta, or party in English, was a word that growing up in Mexico meant fun, celebration, and excitement. When I look at the brand spanking new 2014 Ford Fiesta ST in retrospection, I can honestly say that the name now fits this little car a little bit better.

When the Ford Fiesta first came out in 2008 its name merely resembled a “Fiesta” by its color schemes. I remember when they were first introduced, the first model they debuted was a neon green example along with other brightly colored versions. I thought to myself “wow that is one good looking small car, I wonder if it’s any good”, and  of course by good I meant fast. Quickly however, I found out it was a slow “Eco-Box” and a good one at that. Over the years I saw its popularity grow, as gas prices fluctuate and families got smaller and smaller. I saw them constantly on my short ten minute commute and even some of my friends picked up the little car as their daily drivers’. 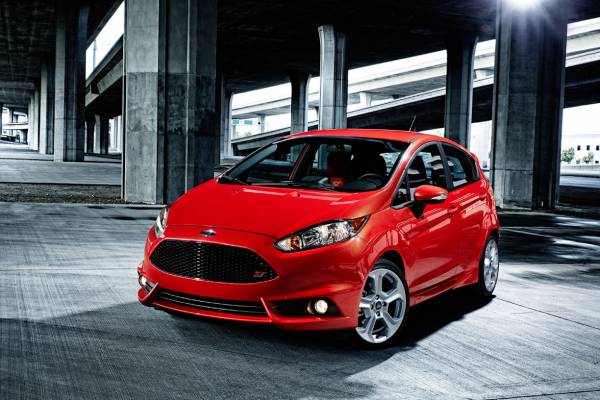 As the admiration for the little car  faded I quickly lost interest in the Ford Fiesta; that is until recently when chatter around the internet commented on how Ford might be bringing the ST version to the states. Fast-forward almost  a year later and with excitement I can now say that the Ford Fiesta ST is coming to our shores as a 2014 model. 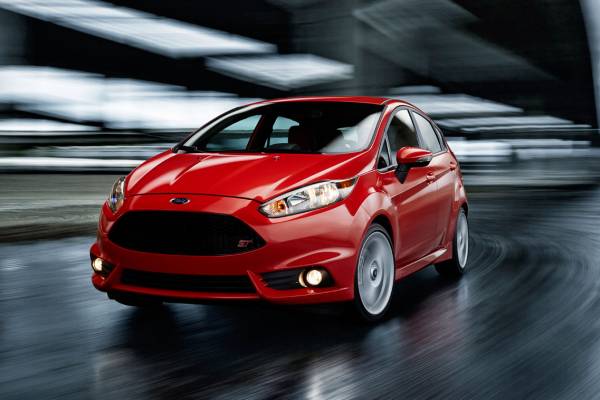 Not only is this little car something the car enthusiast community has been looking forward to, but it’s also a step more and more major car companies have been making;  investing in fun, speedy, and affordable little cars. One can probably say that the success of the Scion FR-S has prompted many companies, like Ford, to bring out their sub-compacts out to play. 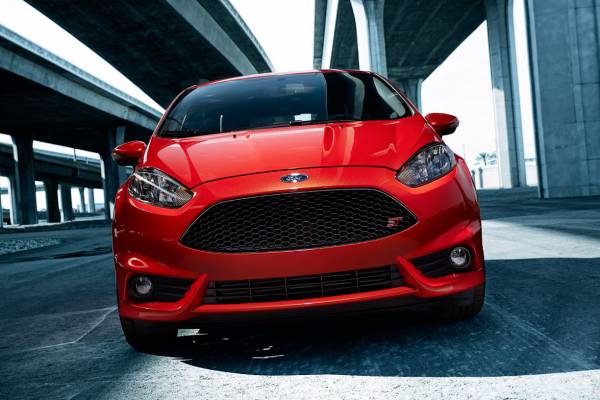 The 2014 Ford Fiesta ST is said to have an Aluminum, 1.6 Liter, Four Cylinder EcoBoost engine. This UK built engine is said to produce 197 horsepower and 215 lb.-ft. of torque, which should be enough to whip around weekend autocross events or for the feverishly quick sprints to the supermarket. Its also enough to compete with other top hatches like the Mini Cooper S, which only makes 180 horsepower. 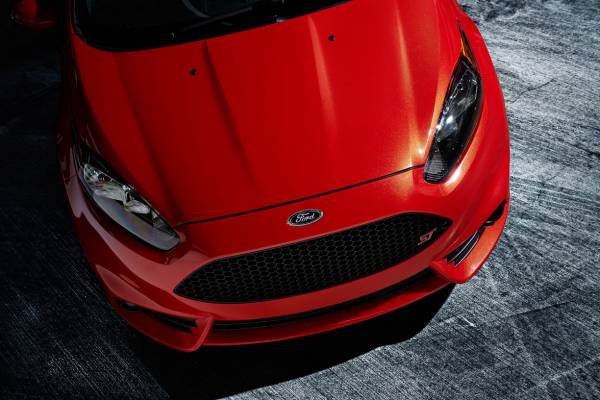 By the look at the specs and the aesthetics of this little car, tuners will definitely have a go at making that 197 horsepower go higher and higher. 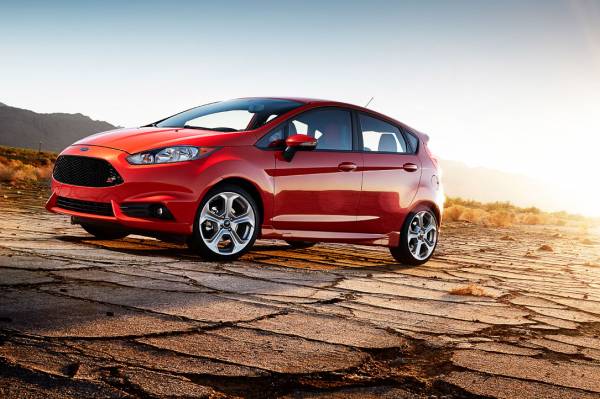 Once and for all you too can bring the Ford Fiesta to the Fiesta’ and not be ashamed of driving a slow Eco-Box.

Make sure to click on the gallery button to see more 2014 Ford Fiesta ST images provided by Ford.