During the rest hours of the third round of Top Drift at Willowsprings International Raceway our very own customer service and now correspondant talked to drivers at the event. The goal was to get to know them a little better and see what kind of background these athletes were coming from. We learned a lot from them and it was a great experience interacting with the competitors and essentially FRSport customers

Below you will find some interesting facts about the drivers of Top drift and some funny pictures to go with the written personalities enjoy. 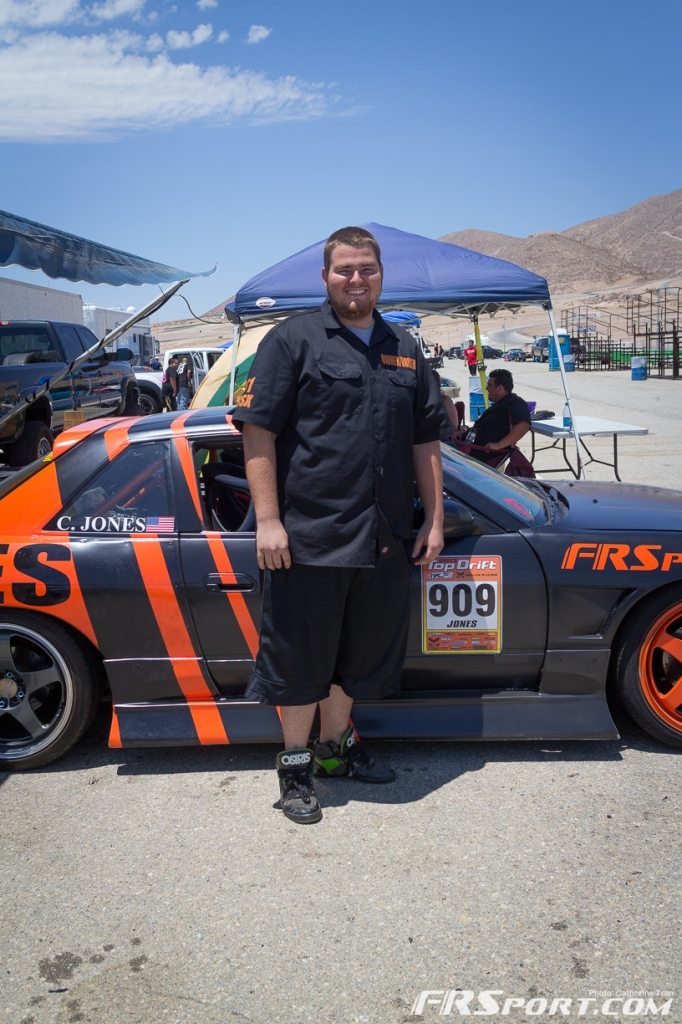 What got you into drifting? I used to do time attack then saw these kinds of cars, started doing this.

What was your first car Christopher? My first car was a Nissan Sentra

What is your Dream Car? My dream car would have to be a nissan skyline GT-R. You have to stay Nissan, Nissan & Chevy.

Are you involved in other Circuits/Competitions? (Just drift) This is the only Competition I’ve competed in.

What is your favorite Track? My favorite track would have to be Adams Motorsport in Ontario 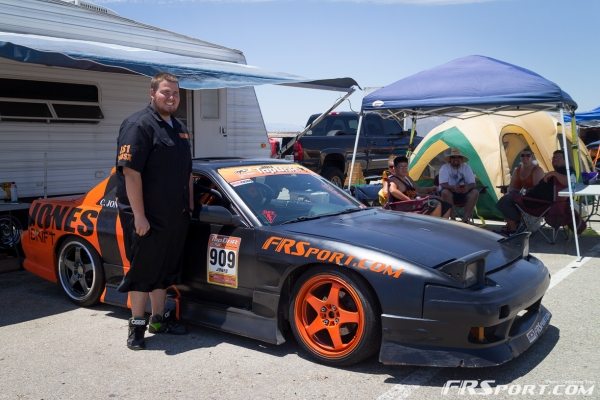 What is your dream track? Uhm I’d probably have to say Maple Valley Speedway. That’d be a pretty good one.

What did you dream of being when you grew up? I don’t know

What is your Daily Driver? My daily driver is the 04 Silverado

What other hobbies besides drifting do you have? I mean all kinds of other racing sports, I play football too.

Do you have any special hidden talents? uhm..can’t say I do

If you were stuck on an island with a formula D driver who would it be? Odie, I look up to him and his car and he helps me out a lot with my car. 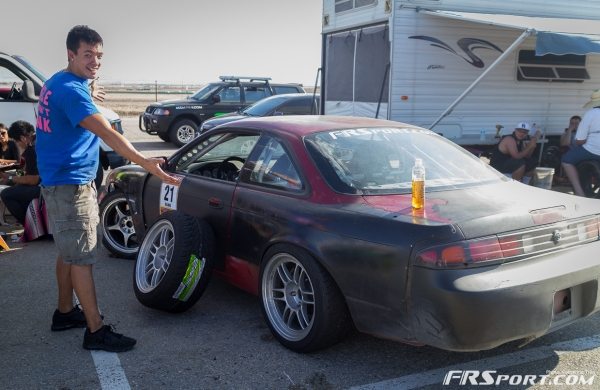 What made you start drifting? So I have a big background in road racing and I wanted to try something new that was exhilarating. I got into drift 101 and got hooked from there and ever since I’ve been trying to drift instead of grip race.

What was your first car? 92 Eagle Talon Turbo AWD

What is you dream car? Ferrari F40

Do you have a favorite track? Laguna Seca

What is you Dream Track? Daytona

Do you compete in other circuits or competitions? I’ve done some rally stuff and I do lot of road racing. I haven’t done enough time-attack so I’d like to get more into that. 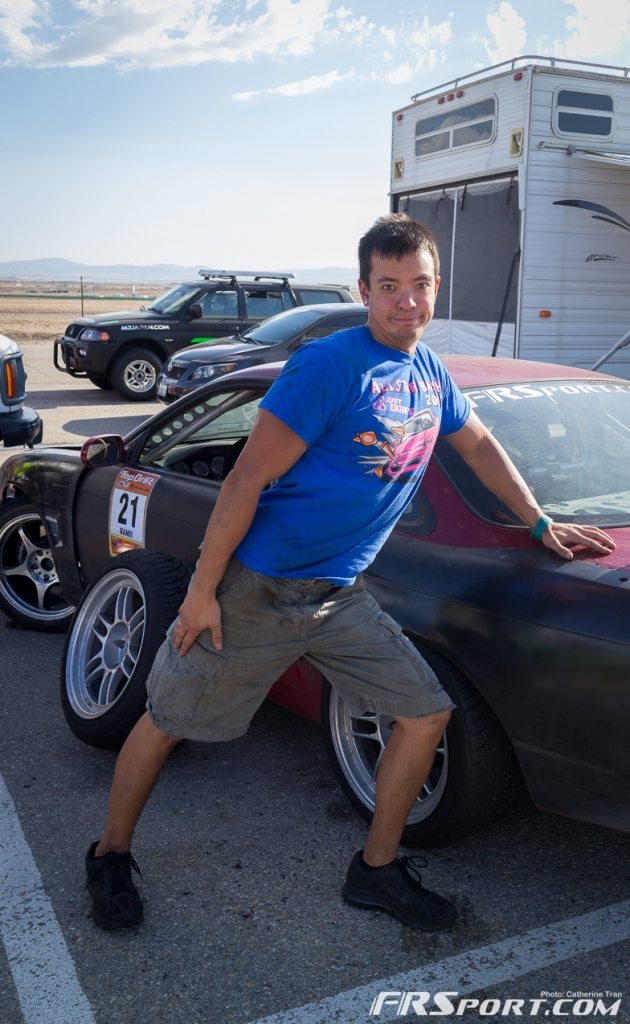 When you were small what did you dream of being? I dreamed of being a fighter pilot..

What is your daily driver? My Daily driver is an M6.

What is your favorite food? Suhi, all the way!

Do you have any other hobbies? Uhm traveling and business. My first passion is business.

Do you have any special hidden talents? Ya’ know what, not really. I can make some pretty funny faces, but I don’t think that’s a talent. I might have a dancing talent but shhh we’re in an area around a bunch of guys haha.

If you were stuck on an island with a formula D driver who would it be? Michael Essa, because I look up to the way he runs his program. He’s still kind of a privateer and he’s sticking it to the big teams, and he’s got all the time for his fans, just a really cool calm guy. 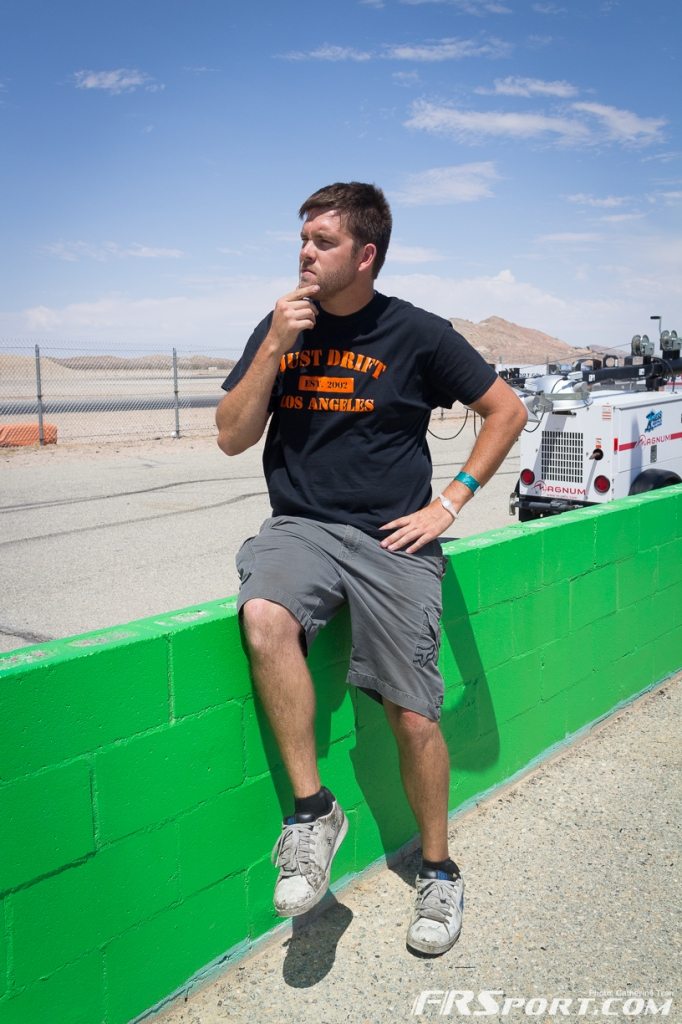 What got you into drifting? I started drifting because I thought it was cool. I watched the first D1 in the U.S. as soon as it came over; watching 12+ cars do tandem donuts all together and tons of tire smoke just got me addicted.

What was your first car? My first car owned was a 57 dodge d100 flat black, big block, rat rodded out, ya know? 2nd car I bought was a Nissan s12, the 200sx, good luck trying to find one of those things around now.

Do you have a dream car? That’s a tough one, I do like old classics. I’d probably have to go with a 57′ nomad powered by a twin turbo ls7!

Are you involved in other Circuits/Competitions? Usually I do drifting, demos, and that’s pretty much the majority I do. i’d like to get into redline.

What is your favorite track driven? My favorite track of all time is probably the track we’re on right now, streets. It’s really fast, lot of turns, tight technical spots, and it’s pretty close to where I live. You can’t beat that.

What is your dream track? The Dream track I’d like to drive on of course, would be the Nurburgring track, come on, hands down.

What were you like as a toddler? When I was little, okay, I had a dream that I wanted to be Japanese when I grew up, ask my mom. Swear it’s truth. 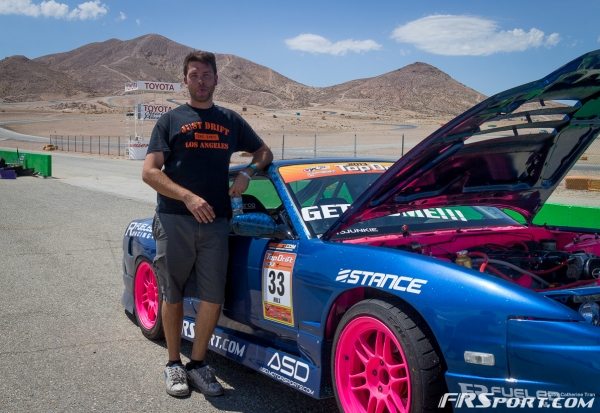 What is your daily Driver? My daily driver used to be a 350z until some lady ran a red light and smashed into me, now it’s back to my other daily, my single cam 240 that’s more of a missile than a daily driver.

What is your favorite food? Favorite foods I am impartial to Hawaiian food, anything, and everything from the Hawaiian Islands is good except poi, poi is bad.. eww

Do you have other hobbies? My other hobbies I do besides racing, collecting tires, snow boarding, skateboarding, baseball, soccer, tennis, volleyball, anything that’s athletic and fun to do.

Do you have any special talents? I don’t think I have any hidden talents, okay my hidden talent is efficiency. You don’t even know how efficient I can be. I’m like a Prius on only batteries.

If you were stuck on an island with a formula D driver who would it be? I’d have to say Ross Petty, cuz he’s a crazy free loving fun loving who’s just all animal all the time. 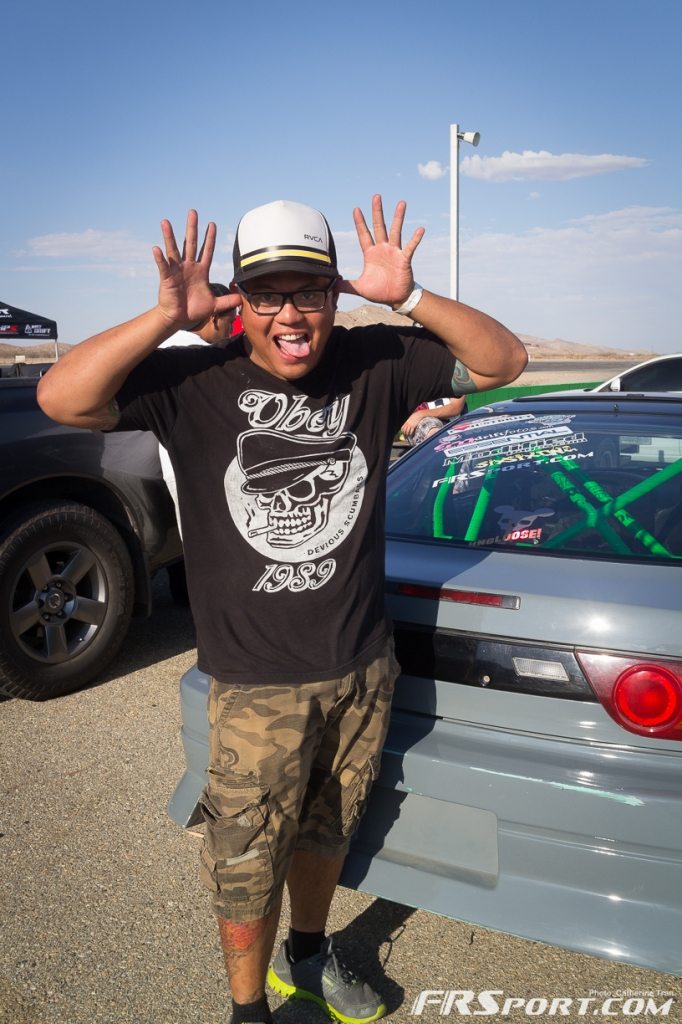 What made you start drifting? Got the car out of highschool in 1999, it was my dads car, he bought it off the lot. We’re original owners of that car and I’ve had it since 1999. Did the motor swap in 2001and this is the same motor that’s been in there for 12 years. Got the car, basically found out that it was rear wheel drive and game over.

Do you have a Dream Car? The 458 Italia. I went and drove one in Vegas, cuz Robert Strohmeyer from Vegas drift is an instructor there and I got a bunch of laps in a 458. It was sick.

What is your favorite track? Horsethief mile.

What is your dream track? Road Atlanta, that entry looks sick.

Do you compete in other circuits or competitions? I haven’t competed in about 2 years. I took a break. I’m engaged about to be married. I won top drift in 2009. I drive a bunch of demos, I actually organized Thunder on the lot. It’s a charity event and every year we raise about 250,000 dollars for 15 kids charities so it’s a really good event. My other favorite event is of course All-Star Bash and Coronado speed festival. 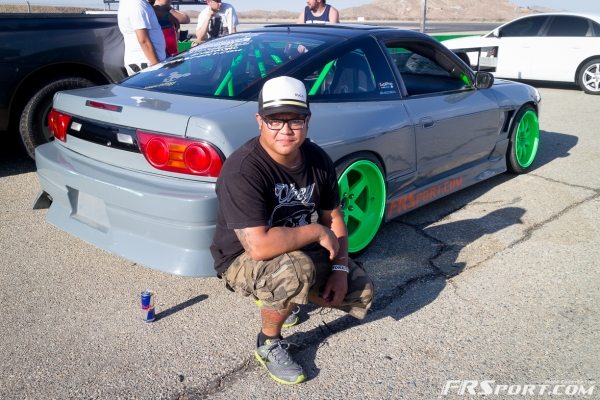 What did you Dream of being when you were little? I dreamed of being a doctor, but right now I’m a nurse so that’s rpetty close.

What is your favorite food? Sushi.

Do you have other hobbies? Downhill mountain bikes, I used to play guitar but now i’m just too busy with work and stuff.

Do you have any special hidden talents? I save lives? haha

If you were Stuck on an Island with a Formula D Driver who would it be? Probably Matt Powers, he’s a good friend of mine and he’s a good guy on and off the track. He’s fun to hang out with.