We continue our series of interviews from the 3rd Round of Top Drift at Willowsprings International Raceway. Our very own customer service and now correspondant talked to drivers at the event and the drivers in turn had plenty to share. The goal was to get to know them a little better and see what kind of background these athletes were coming from. We learned a lot from them and it was a great experience interacting with the competitors and essentially FRSport customers.

Below you will find some interesting facts about the drivers of Top drift and some funny pictures to go with the written personalities enjoy. 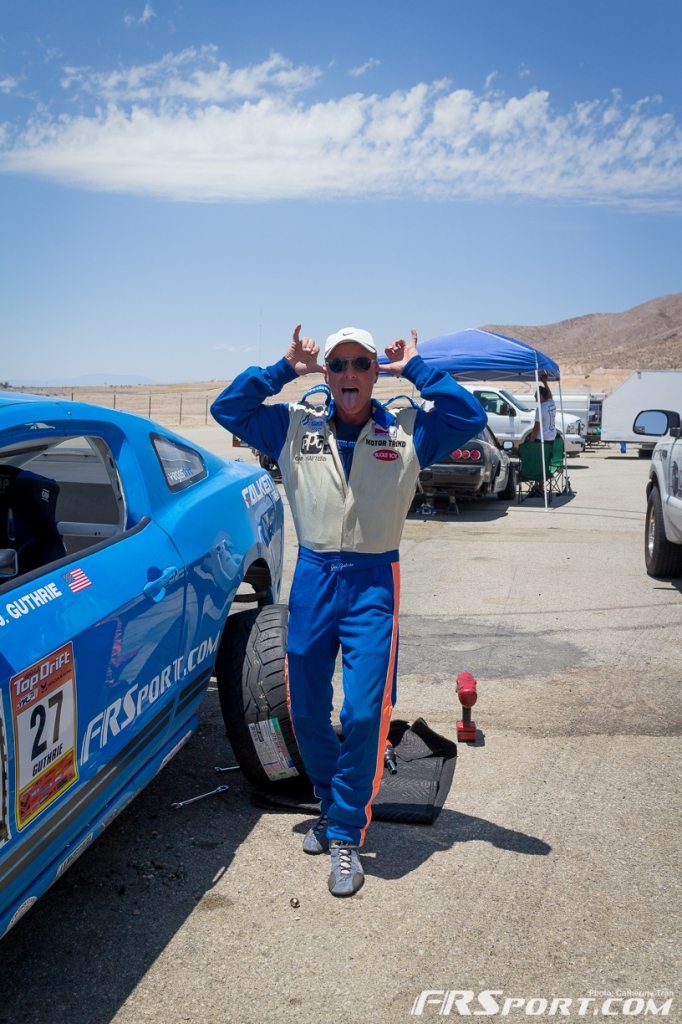 Do you have any sponsors? Sponsors are falken and  Car Crafters; they do paint collision and glass work.

What got you into drifting? I was the president of the local speedway and I went out to see one of my customers and  that’s when I met Turbo Dan; Dan Brocket, and Dan And I are good friends now. He took me for a ride in his drift car and it was about two weeks later I had a V8 RX7. so Uh you can blame Dan for all this madness.

What was your first car? My first car was a 73′ Caprice, Mercury Caprice. It had a V6 in it.

What is your dream car? My dream car is a Ford GT, I love those.

Do you compete in other circuits or competitions? I used to do Indie Car and all that but I wanted something fun so…drifting. It’s a lot of fun, I love it.

Do you have a favorite track? My favorite track would probably have to be Indianapolis or Phoenix, cus’ I won an indie car race in Phoenix. 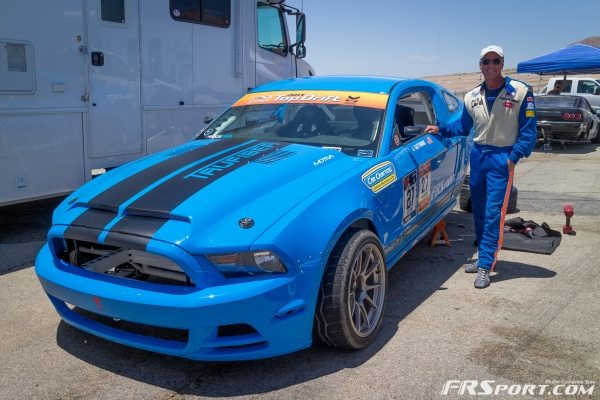 What did you dream of being when you were younger? I always dreamed of racing, I can’t remember a time when I didn’t. I raced my Hot Wheels, so it started there.

What is your daily driver? I have a Porsche Cayenne and a Ford Lightning supercharged.

What is your favorite food? I love spicy foods, being from New Mexico, lots of chile.

Do you have any hobbies? I do scuba diving, mountain biking, working out, uhm, that’s about it. Not much time for much more.

Do you have any hidden talents? I better not tell you about those, my wife wouldn’t be happy haha.

If you were stuck on an Island with a Formula D driver who would it be? Probably Justin Powlack, because I became friends with him, I had the Mazda, and he came over and gave me a hand and now I’ve got the mustang. He’s just a great guy. 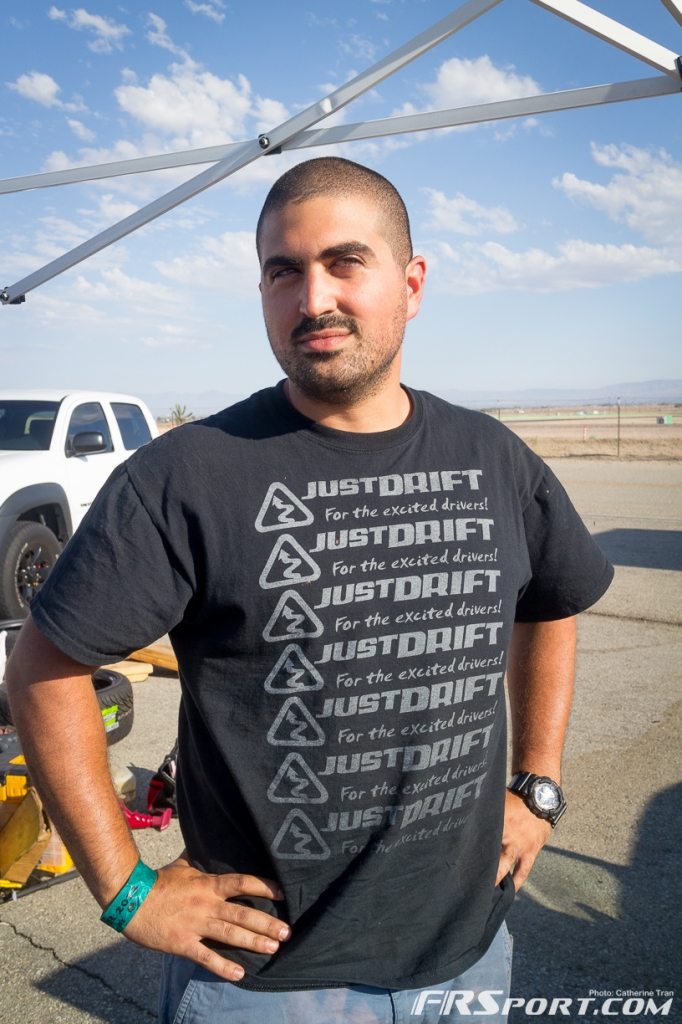 What got you into drifting? I wanted to start drifting because it was awesome, the first time I saw it on the mountains with my friends, and it just went downhill from there.

What was your first car? a truck, a Tacoma, it was one of those low rider Tacomas.

What is your dream car? My dream car right now is a probably like an Aston Martin, something simple but classy. Keep it classy.

Do you compete in other circuits or competitions? Top drift, as much as I possibly can, every round. I do Vegas drift and whatever else they do at Adam’s, plus random track days. I’ve competed at Adams, all the circuits here at willow springs too, except big willow. Big willow I haven’t participated in any events there, not even driven on it. I come here at least 2-3 times a month, I’ve never even walked on that track.

What did you dream of being when you were smaller? I definitely played with little Matchbox toys and smash them into walls, so I mean it only makes sense that I drift after doing that as a baby.

Do you have a daily driver? My daily driver is a Hachi Roku, like this one right here, it’s always broken. It tends to be more broken than driveable. 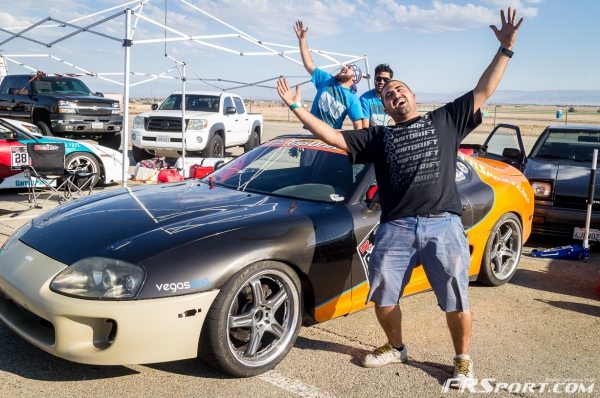 What is your favorite food? My favorite food is kabab koobideh, I don’t know if you’ve ever heard of such things. A lot of American people look at it and think it’s a turd, like if you see it on a picture, it looks like a turd, but when you eat it, it tastes like the most delicious hamburger you’ve ever had without the bun.

Do you have any other hobbies? Besides racing I love snowboarding. That used to be a really big thing for me. Going snowboarding, going on trips, going all over the world to snowboard. As soon as I got my drivers license however I only did it once in awhile.  Whenever I have money after not spending it on drifting too.

Do you have any special hidden talents? I’m a very talented robotic engineer, I can make some sick robots that no one would’ve known about .

If you were stuck on an Island with a Formula D driver who would it be? I would pick Alex Pfieffer. He’s a cool homie. He’s the most mellow and I get along with him the most. 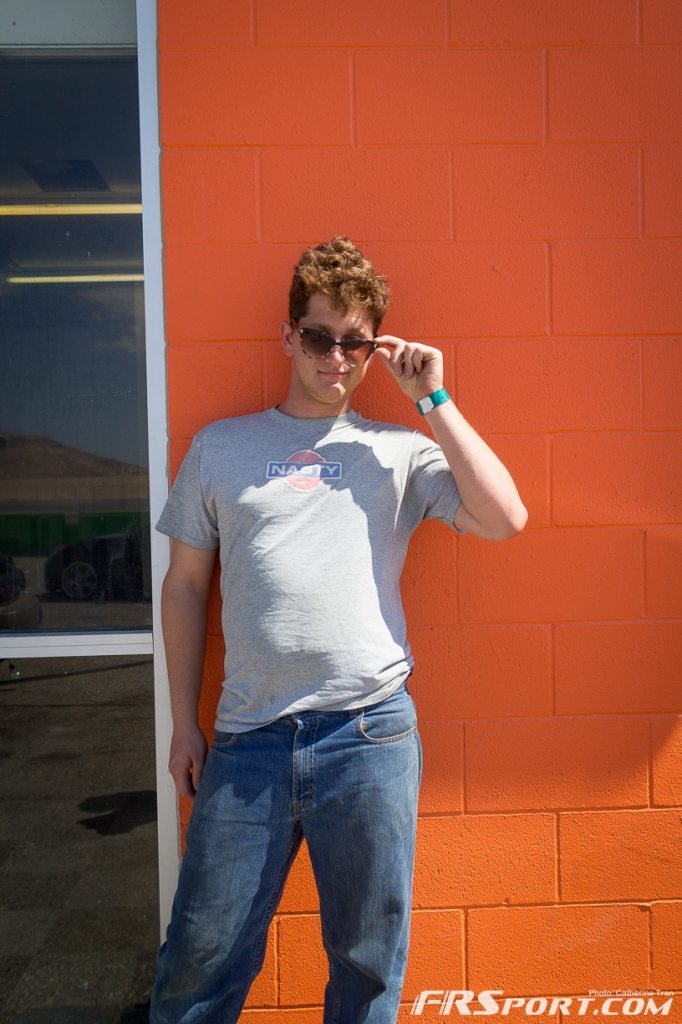 What made you start drifting? Gran Turismo 1 was what got me into drifting back when I was 10 years old!

What was your first car? It was a Nissan 240sx coupe

What is your dream car? Never really had one, I guess a 240sx was my dream car, and then I got that, and then I just hate all cars now.

Do you compete in other circuits or competitions? Uhm I currently only do the Just Drift Top-Drift Pro Am spin off of Formula Drift. I don’t really plan on doing anything else because these guys are the cream of the crop and if I can’t beat them, maybe I shouldn’t be pro.

What is your favorite track? Horse Thief mile by far at Willow Springs. I actually wrecked there back in 2006, that course is awesome.

Do you have a dream track? The dream track I would actually just love to perform some illegal drifting on would be the  Japanese mountains and such, but aside from that no other tracks are anywhere close to what would be as fun as that. 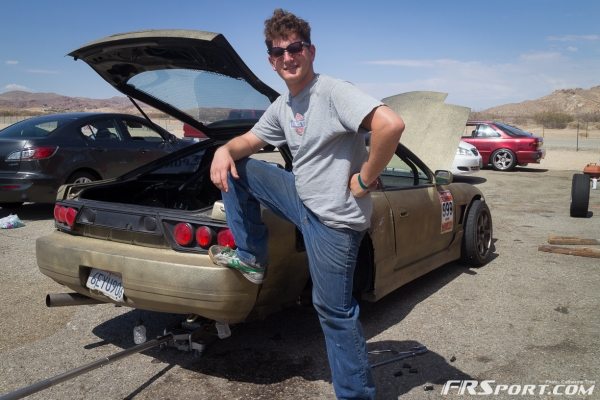 What did you want to do when you were little? Well when I was still in a stroller my parents went to look at some model homes and they had this little car on display. It was a Datsun 260z model car and I stole the thing. I was like “oh I wanna see that” and then they gave it to me and and then they ended up oh we’re done looking at this house and I had it back there. That was the first thing I stole, so I guess I was into cars.

What is your daily driver? My daily driver is a 1993 Honda Civic 4 door best car ever made. Wayyyy better than anything else.

Do you have other hobbies? Being creepy, telling people how to work on their cars, and being a friend.

Do you have any hidden talents? Yeah none of those…none of those actually. None that are safe for families.

If you were stuck on an Island with a Formula D driver who would it be? I think I’d pick Taka because he’s really really easy to get along with and you can get sick of people real quickly if you’re stuck on an island. 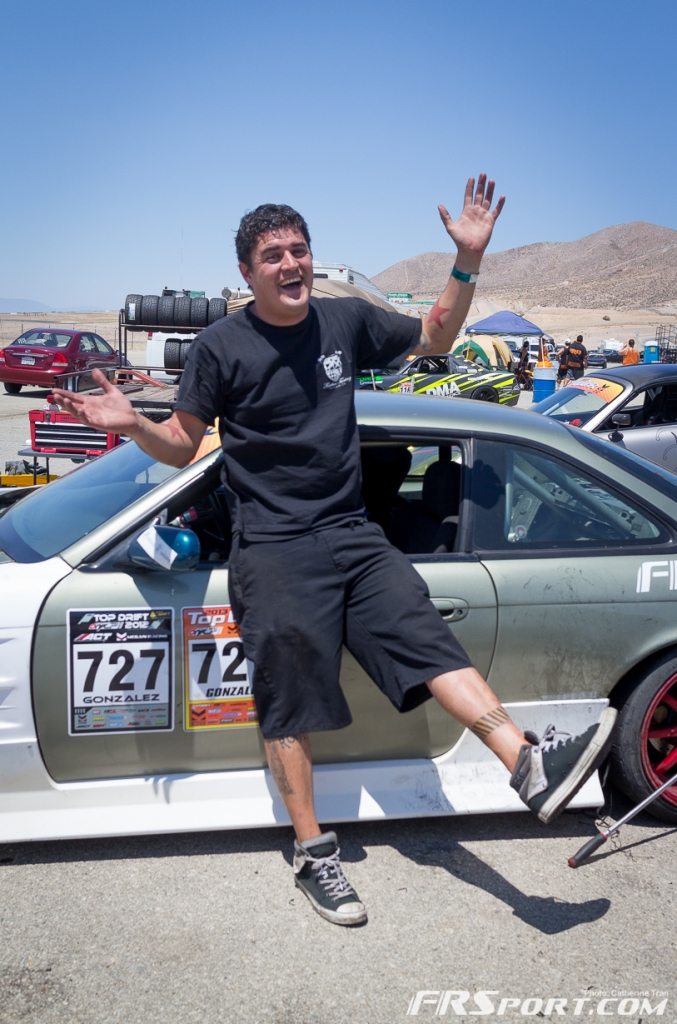 Name: Luis Gonzalez Junior
Hometown: Los Angeles, CA
Car: 95 240sx SR20DET
Sponsors: My mom and my dad, and they still let me do this after this many years

What got you into drifting? Something that has to do with the skill and the flow that it takes to control the car, it kind of reminds me of skateboarding, kind of the same feeling.

What is your favorite track? Horsethief Mile

What is your dream track? Horsethief, it’s a nice track.

Do you compete in other circuits or competitions? Just Drift

What did you dream to be when you were younger? Umm what did I dream? I mean as far as I can remember, I remember just touching cars and doing stuff with cars.

Do you have any favorite foods? It would have to be Chinese food.

Do you have any other hobbies: Uhh speed dating…no just joking. Welding, fabrication.

Do you have any special hidden talents? I wanna lie and say I can break dance, but I can’t. I can barely moon walk.

If you were stuck on an Island with a Formula D driver who would it be? If I had to choose one Formula D Driver…Reese Millen. I mean I think it would have to be him. He’s been in the sport for so long and he’s done various kinds racing, you can learn off of him just by talking to him.