While walking about the 2013 Los Angeles Autoshow at the media day with one of my co-workers we kept covering photographically amazing debut after amazing debut at the show. Present there was the completely re-designed 2015 Subaru WRX, The recently uncovered 2014 Jaguar F-Type Coupe, and even the epic 2014 Nissan GT-R Nismo Edition, which one would think would be the epitome of all the debuts there. Ultimately however, there was one car that turned my brain into jelly and reminded me why I have a strong passion for all that is automotive. 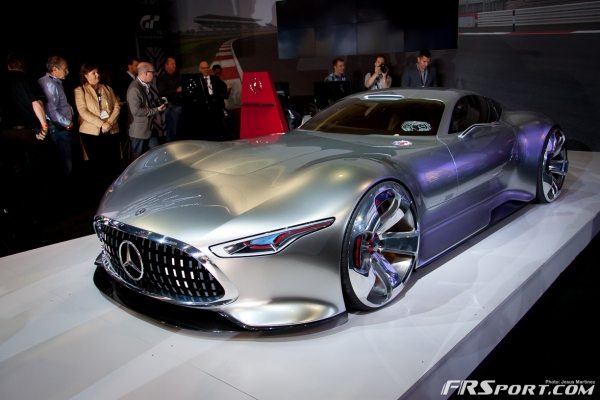 That car would be the Mercedes-Benz AMG Vision Gran Turismo Concept car shown above. Although yes you heard right,  it is just a concept for the newest version of the famous Gran Turismo Racing game, never in my wildest dreams would I guess that they, Mercedes, would have the “cajones” to build a 1:1 replica of the digital version soon to be released on GT6 for Playstation 4. 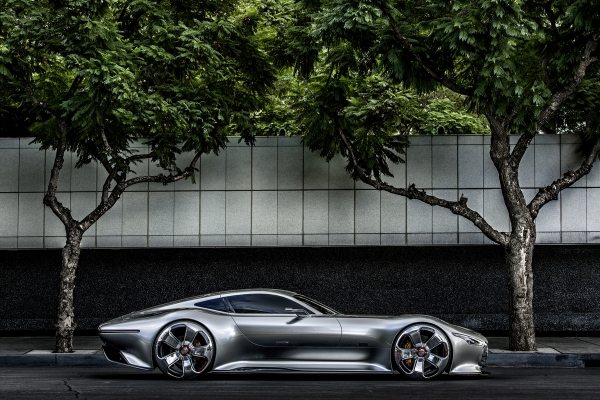 See the car initially was toted as the first design in a series of other designs by participating car manufacturers for Gran Turismo 6. All these design studios pertaining to some of the most respected car companies agreed to design the wildest cars for the game and Mercedes was the first one up to show or debut their work. Above is what people everywhere were seeing. [youtube height=”HEIGHT” width=”WIDTH”]http://www.youtube.com/watch?v=0_iULLlcsSo[/youtube]

A digital master piece for one of the most anticipated racing games in a long, long time.  In the video above you can actually see some of the differences in the rear design versus the car that was actually at the show. The in game versions sport a rather aggressive (and huge for that matter), time attack inspired GT wing. The 1:1 replica of the same car at the LA Autoshow donned a very futuristic pop-up rear spoiler similar to what the McLaren MP4-12C or the Pagani Huayra cars use. It raises from the body to which it conforms perfectly and seems to adjust to air speed immediately after rising, very cool detail in my opinion. 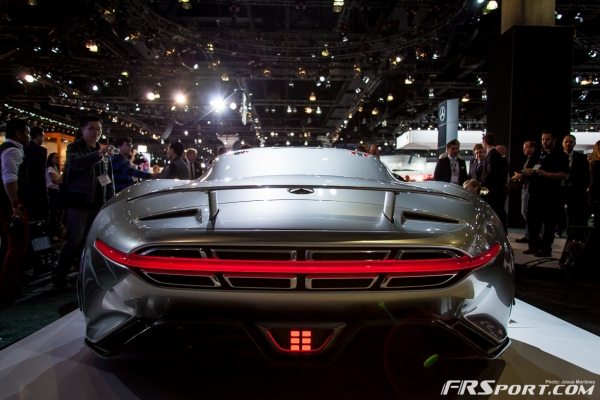 Mentioning the rear spoiler also reminds me of the awesome rear tail lights. They are comprised of a solid line and are completely DOT illegal haha. Some of the co-workers here at the office have suggested that perhaps this line or styling cue has been borrowed from the New Robocop movie due to come out soon; it certainly resembles Robocop’s helmet visor. 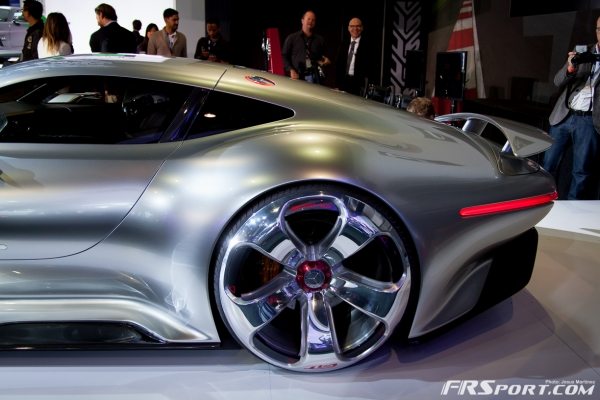 Moving on from the gorgeously, futuristic rear one could not ignore the wheels and brakes on the Merc’ concept.  These wheels oozed concavity and the brakes by the engineers at AMG were massive (whether they were functional or not is still up in the air). The tires on the rim were not really tires but rather a thin layer of rubber covering  the monstrous rims. I would so rock this if they made them in a size to fit my 1990 Nissan 240SX. In this image you can also see the aggressive rear diffuser of the car. 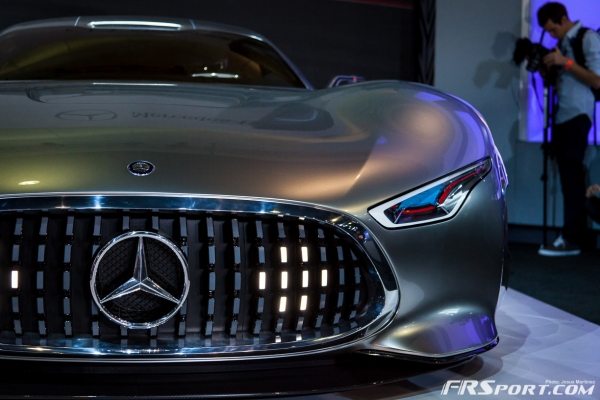 Although some people have suggested that the front of the Vision Gran Turismo car by Mercedes/AMG borrows styling cues from the Infiniti EMERG-E Sports Car Concept released a few years ago, all comparisons seem to fade when you consider the front grille of the car. Given the current popularity of the performance/electric cars the front grille is designed after that fact and purpose. Instead of carving out huge openings for air which is typically needed for combustion engines, the engineers have added a series of LED lights to the front of the cars. If you happen to catch any of  the videos in this post you may catch a glimpse of how they blink in beautiful harmony. This detail was one of the design features that truly drew me into the car. 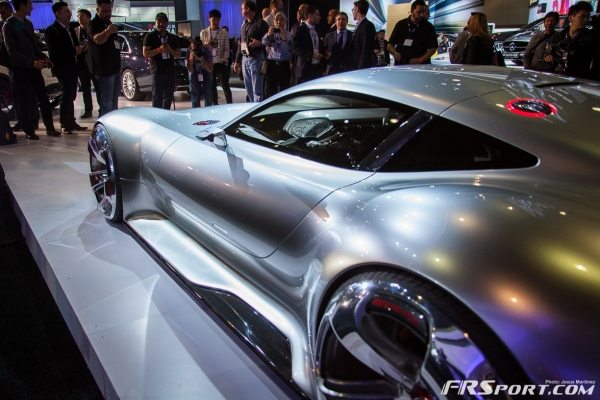 Moving on from this vehicle at the LA Autoshow pretty much left me in an  indifferent state toward the other cars debuting there. How could you not feel this way. Everything else after this seemed like a Camry in my mind. Coming from a design field, a product design rarely garners my attention this much like the Mercedes concept did. Now I personally can’t wait to pick up my own digital version in the Gran Tursimo 6 game that actually comes out today! Hurray for me.

If you too want to check out some more of the images we took of the car at the 2013 LA Autoshow make sure to click on the orange gallery button for all of our pics  and some digital ones released by Mercedes. When you get a sec from cleaning up all the drool on your keyboard make sure to also check out “The Making Of The Vision Gran Turismo Concept” video provided by Mercedes. Enjoy!