Today at the 2014 New York Auto Show Scion unveiled their first “Series” release within the FR-S line up. If you are not familiar with these limited releases, all they usually entail are superficial cosmetic updates to specific cars in their line up and the 2014 Scion FR-S Series 1.0 is essentially just that.

The vehicle you see above is the vehicle in question, the 1.0 Series of the FR-S, released today in New York. At first glance one could tell right away what the new upgrades were for this ZN6 vehicle. The extremely bright yellow color, used before in other non FR-S Series releases or Yuzu’ color as they call it, is the primary feature of the car. The second notable feature is the addition of some body appendages courtesy of TRD. 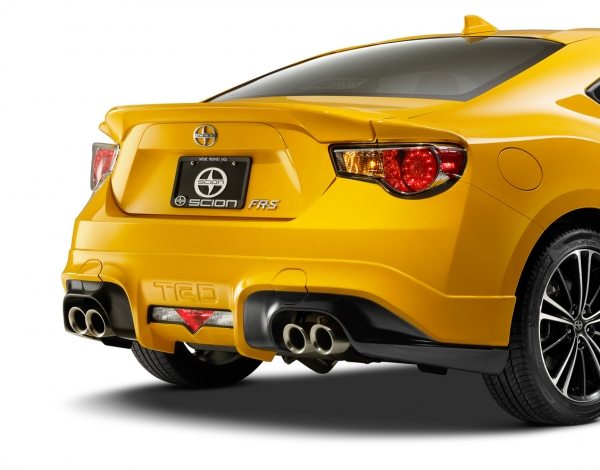 The TRD aero package has already been available to the Japanese and European markets for a year and at least for the meanwhile this version of the Scion FR-S will be the only way you can source one without paying premium prices to import the TRD body enhancements. The TRD Aero consists of a Front Lip Spoiler, a pair of Sideskirts, a Rear Trunk Spoiler, and new Rear Bumper Add-ons as well. 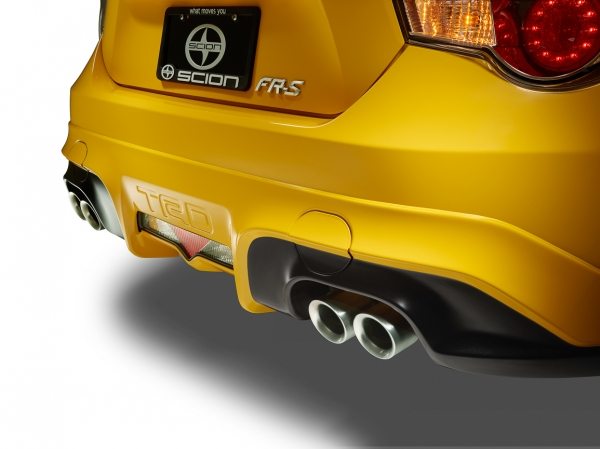 The Rear bumper add-ons are essential in this version of the FR-S because the people over at Scion have also included the Quad Tip TRD exhaust in this Series 1.0 car. The Rear Bumper add-on essentially allows owners to have dual gaps for the exhaust exits. TRD badging in the center letting people know you have TRD parts is also included, as seen above. 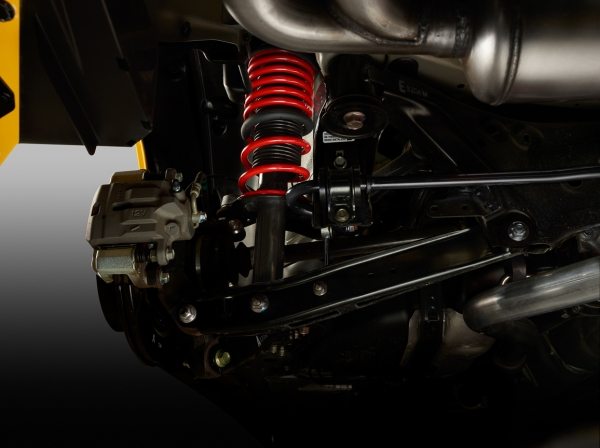 Adding to the minute performance updates are also TRD Lowering springs. From the images provided we can already tell that the car is definitely a lot lower than stock/non Series 1.0 Scion FR-S’. We can already hear the non-performance driven customers of this version complaining about how low it is haha. 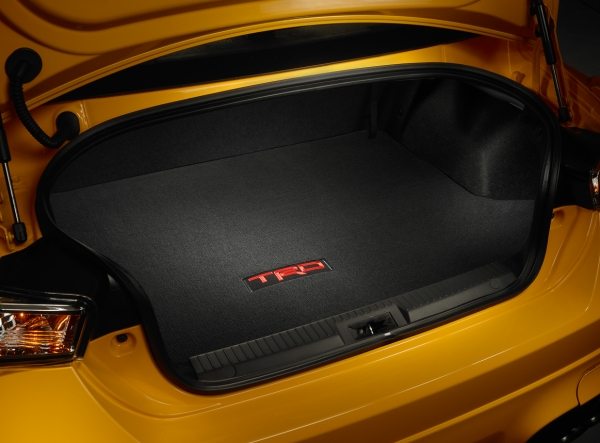 While the new Series 1.0 only brings us literally “Two” performance focused tweaks, it definitely makes it up in aesthetic upgrades (if that’s what floats your boat). The new Scion Series 1.0 is said to have lots of Interior TRD goodies such as a red push-to-start TRD button, a TRD Shift Knob, and  even a TRD Cargo Liner. Buyers of the new cars also get a numbered plaque making them believe they have bought something truly special.

While the car is a welcomed refinement to the car model, it may just be too little, too late. Scion is said to only be asking under 30K for the car which would roughly put it about 5 or 4 thousand above what a regular Scion FR-S costs now. With the boom in aftermarket parts that the FR-S has enjoyed, it’s quite probable that the Scion FR-S Series 1.0 reboot might have a hard time fighting for those extra thousands of dollars. Only time will tell how well this iteration does as many still wait for the unicorn-like Turbo version of the car to surface.