With the recent rise in temperatures, tracking the Miata in the summer has been quite an interesting experience. The last round of Roadster Cup that I competed in was at Big Willow at WSIR (Willow Springs International Raceway). The ambient temperatures were nearing triple digits which makes on track temperatures even greater. During the morning sessions, my car was being a champ surviving the temps’, but as the day went on and I started to push a bit more, the temps’ started to shoot up. From then on I knew I needed to do some upgrades and refresh my cooling system.

Although I tried to be smart and schedule track days on cool days, it was inevitable that I was going to drive on a day where it’s over 100 degrees on track. My Miata still had a stock radiator, radiator cap, and hoses; eventually they were all probably going to blow up. I knew it was time to upgrade my cooling components in order so I could last longer than 3 laps on the circuit.

I decided to go with a Koyorad 36mm Aluminum Racing Radiators, a Blitz 1.3 Bar Cap, Redline Water Wetter, and HPS Silicone Radiator hoses.  We had the pleasure of working with HPS in adding to my cooling components as their quality of hoses are top-notch with the same fitment as OEM hoses.  I chose a 36mm radiator as well instead of the 55mm  to ensure fitment and also because I believe that a thinner radiator will dissipate heat faster than a heat soaked thicker one.

But without further ado, lets see some pictures of the install!

Since this car has seen some track time, I’ve done a few modifications to my liking. Please excuse the messy engine bay, as I have a bad habit of going off – roading  at the track. 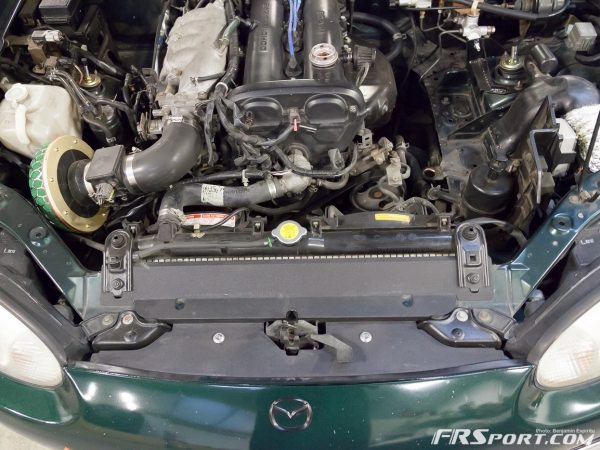 As I started the install, I realized that the GarageStar cooling plate did not need to be removed for the install.

I then removed the two brackets that hold down the radiator and put them in a safe place. 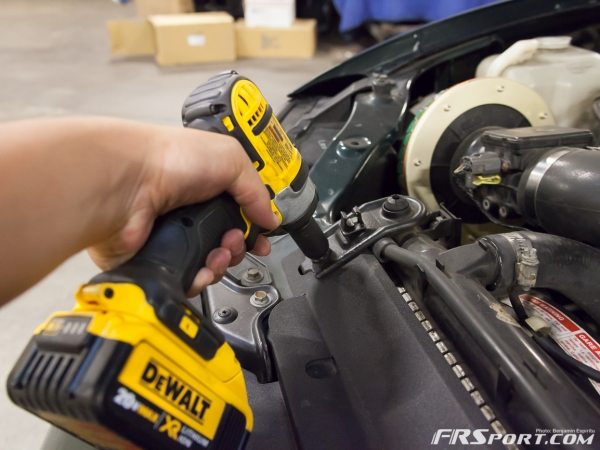 After the Brackets, it was time for the intake to go. My cold side intake was fairly easy to remove as it was only 1 clamp and 1 clip. I went ahead and tossed that at a safe place where it wouldn’t get stepped on either. 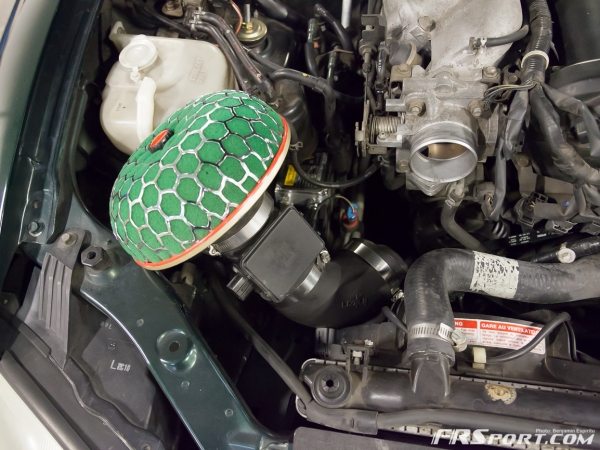 I then removed the coolant reservoir and drained it into the pan. I know, I know, it was like lake water that was coming out. 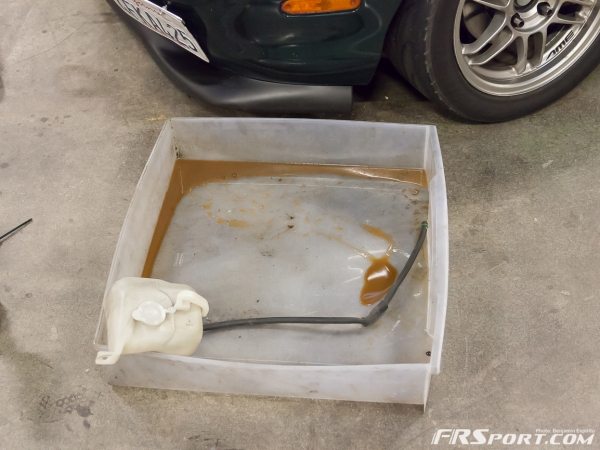 To drain the radiator, you have to remove the pet-cock from the bottom and let the water/coolant drip out. That way of draining is usually the slow way, a lot of people will just remove the lower radiator hose and drain it that way. 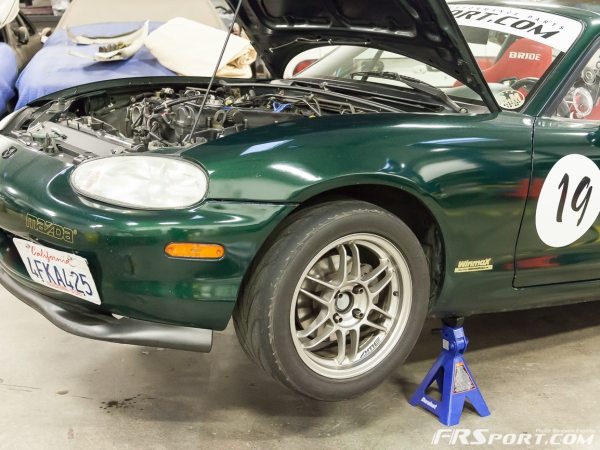 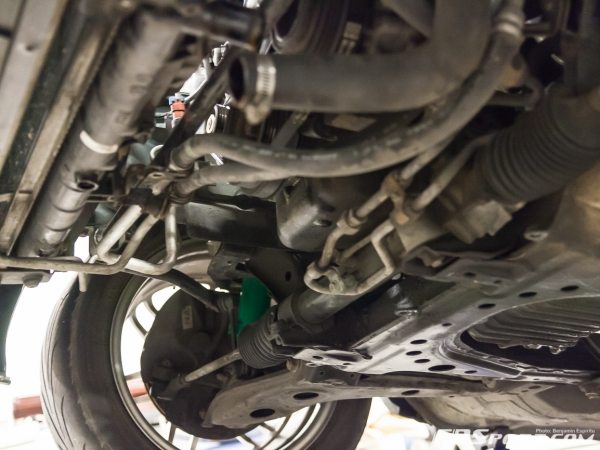 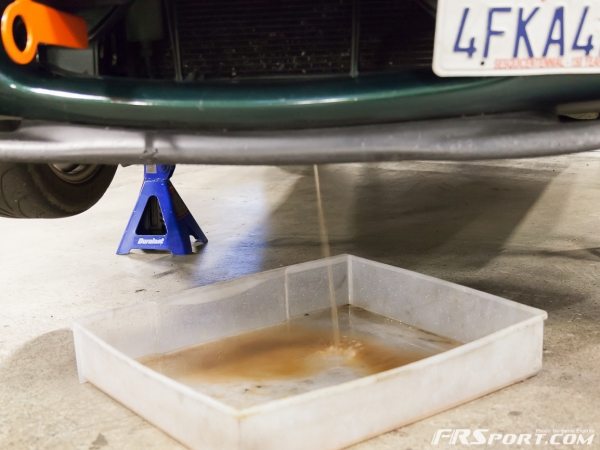 After I drained the radiator, I had to un-bolt the AC lines from the stock radiator and remove the hoses as well. I always seem to forget, but I also had to un – clip the fans as well. After that, I was able to pull the unit out. 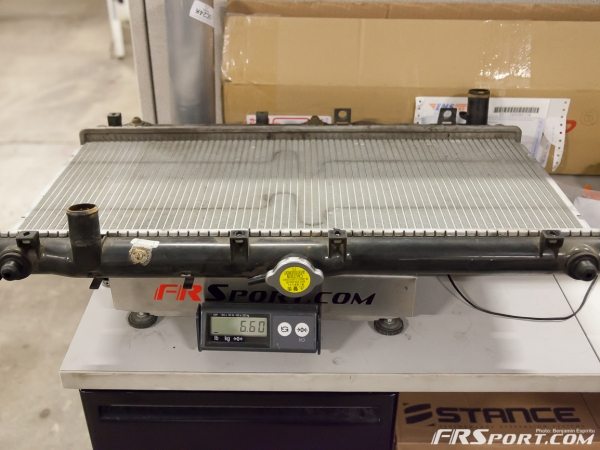 Putting the two radiators side by side, I can clearly see why my car was overheating like crazy while tracking in this hot summer. The stock radiator was crazy thin! The 36mm Koyo looked enormous compared to the stock one. 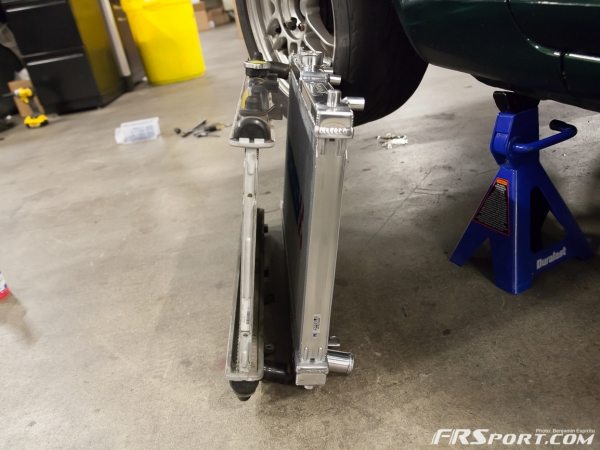 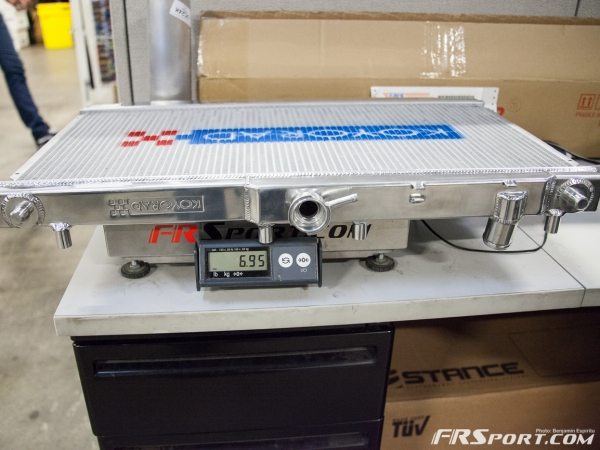 Before installing the radiator, the stock fans needed to be transferred from the old radiator to the Koyo.  The holes lined up perfectly and I was good to go from there. 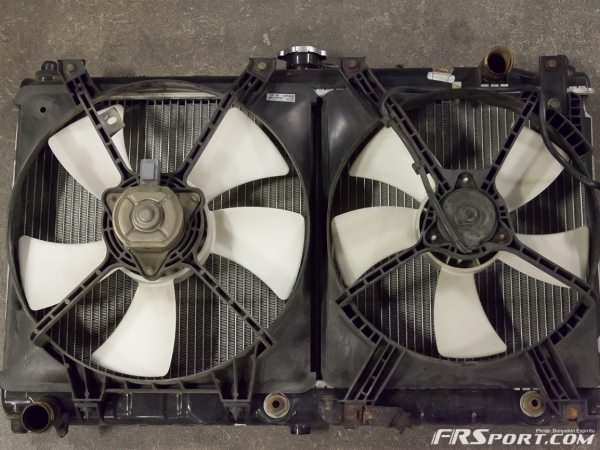 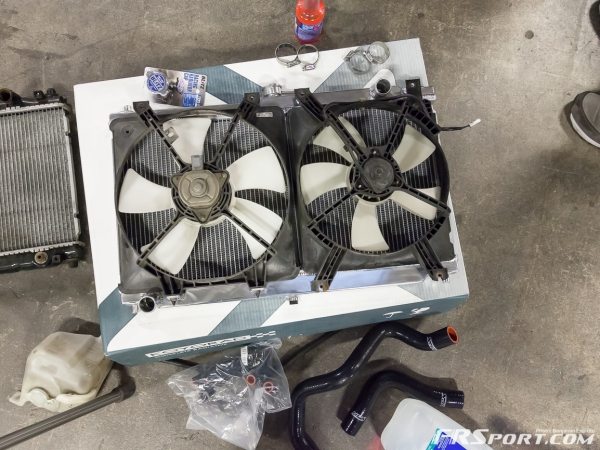 The radiator slid right in and I transferred the rubber grommets from the old radiator to the new one. There are 4 total on top and bottom. 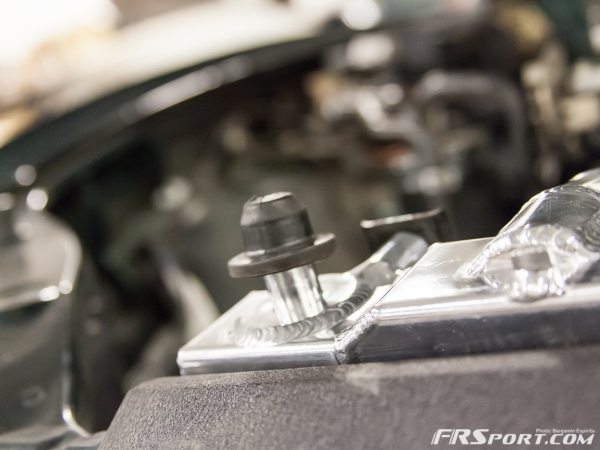 To add to the radiator, I also decided to change the hoses as well. The stock hoses tend to bulge up under pressure and heat, so the HPS silicone hoses would definitely fix that problem. I changed out the hoses and it was a direct fit. The HPS quality was on point. With the upper and lower hoses connected, the radiator was ready to be bolted back in. 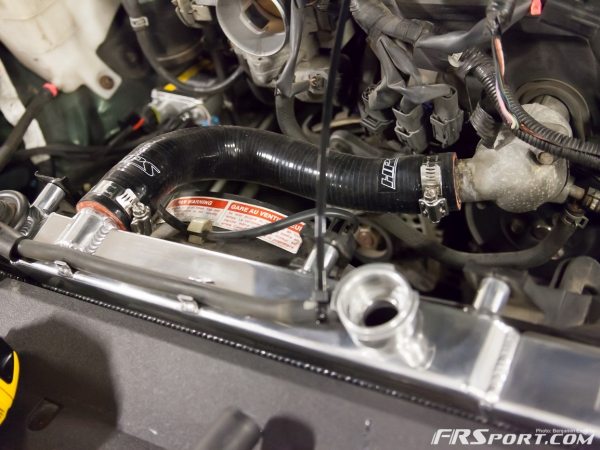 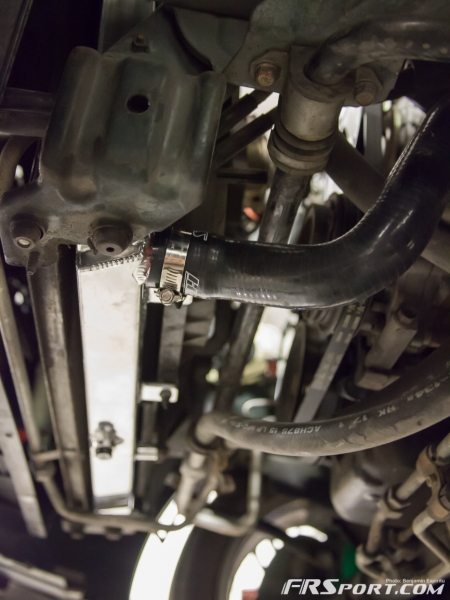 The intake was re-installed and it was time to add the fluids. A mixture of Distilled water and Redline Water Wetter was what I used. We had a special funnel to use that helps that burping process from the radiator, but the normal process would have worked just fine. 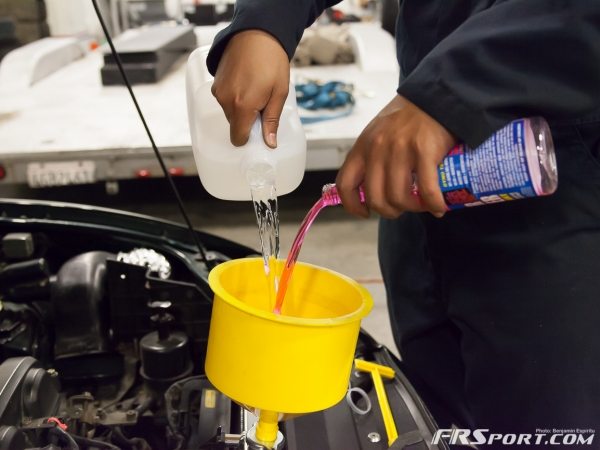 After an extensive amount of track days, I was finally able to upgrade my radiator and hoses. Hopefully the next time I go out on track, the car cools itself better. The quality of the Koyo and the HPS hosescombined are definitely something I can vouch for as it is Top Notch!