Recently Toyota has stirred up many car enthusiasts with their Toyota FT-1 Concept car. The world went crazy when they finally brought it to life. Many people speculate that the FT-1 is the new Toyota Supra too. A new super car from Toyota to sweep every one off of their feet; just like the Toyota Supra did with its amazing power capabilities and its smooth body lines. Just as expected, we were all blown away by this red goddess they call the FT-1.

This Red FT-1 made an appearance at a past Cars n Coffee in Irvine to just tease every one of what was to come in the future and everyone was blown away by the smooth lines of the car yet also maintain an aggressive look that appears to be an apocalyptic chariot about to destroy anything in its path. 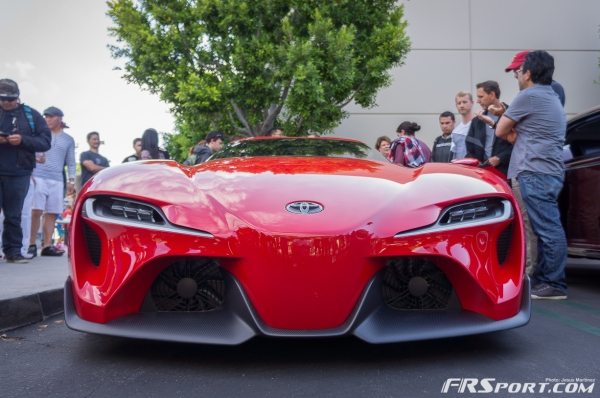 With the popularity of the Red FT-1, which has already been seen all over the world, Toyota recently took everyone by surprise and released an updated version of the FT-1 at the Concourse D’Elegance in Monterey,  California. 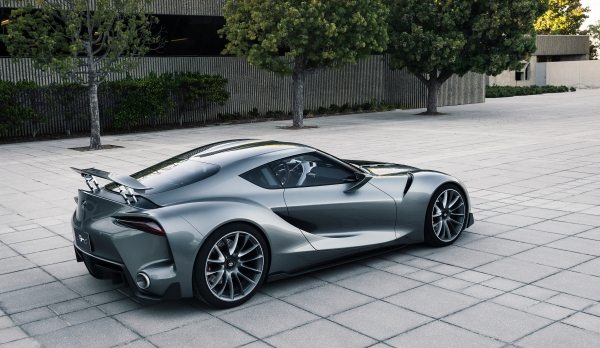 A less vibrant and sharp color was implemented into the FT-1 with the new color scheme you see above. The son of the two-toned black and red FT-1 is this magnificent, sparkly graphite super car. Our guess is that Toyota wanted to appeal more to the folks that would actually be able to afford the future Toyota Super Car or perhaps simply wanted to debut a potential higher end model of the FT-1 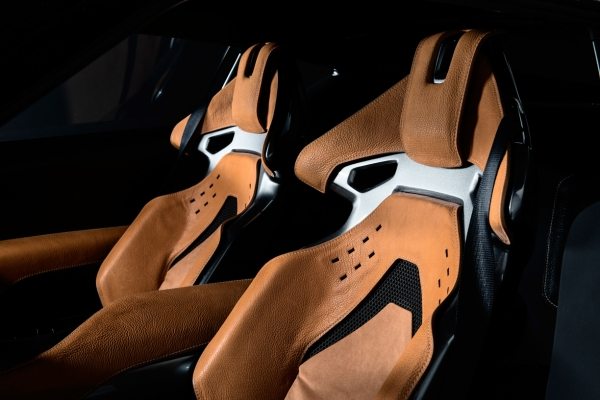 We can guess that this version of the FT-1 is an upscale rendition as the soft brown interior exudes a high-end feel. Nothing is more comfortable to the human skin than the skin of a well prepared cow, aka leather. 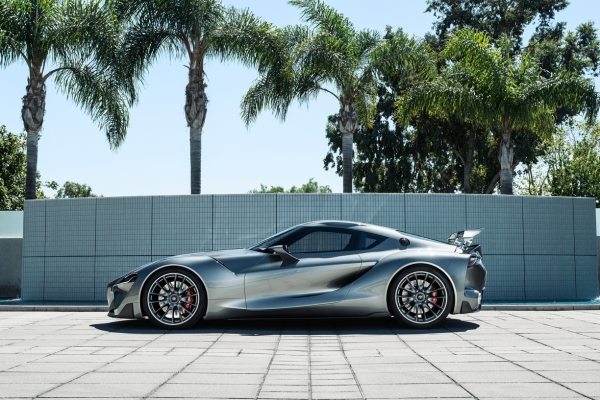 A rendition of this vehicle is said to be available to players of the popular Gran Turismo 6 video game in September through an online update. Until then we can only be satisfied by the amazing photos of the car provided by the Toyota Press release which you can see below, enjoy and try not stain your shirt while you stare endlessly at the imagery.