Last week began an epic journey across the heart of America with Lincoln Nebraska, its center, being the ultimate destination. I tagged along with the FR Sport team for the 2014 Nebraska National SCCA Competitions for the very time and this is everything that has happened so far from my point of view. 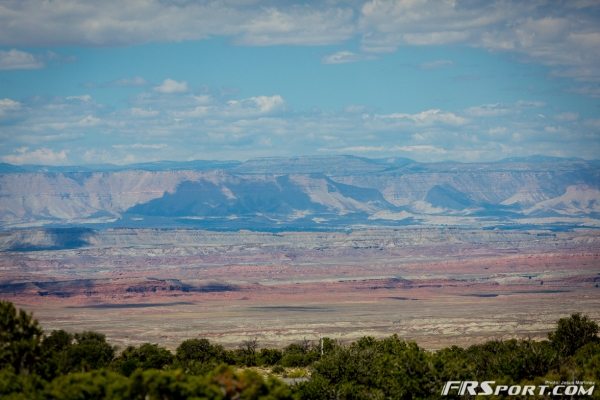 On Wednesday, September 27th the team and I set off on the 24 hour trip to the event venue. We crossed a total of 3 states on the trip to the beautiful and rainy state of Nebraska. The trip there was gorgeous to say the least, with Utah taking the top honors in my eyes as the prettiest in terms of landscape. Had we had more time to look and gander at things we (my co-workers and I) would have had a field day taking pictures. Alas I only managed a few on the long, non-stop trip there. 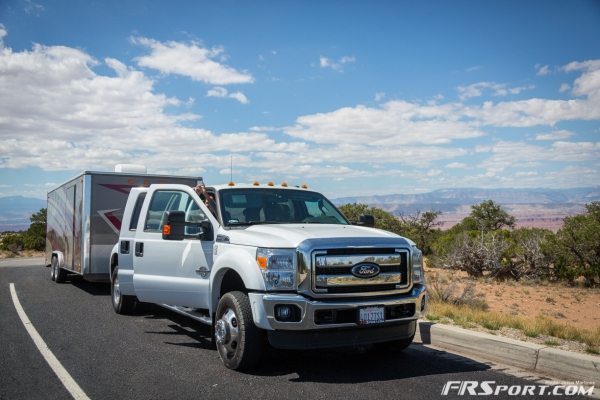 Our chariot of choice would be the company’s brand new Ford F-350 Power Stroke Truck. The vehicle is definitely not as fuel efficient as our Prius but we needed the extra muscle to pull all our equipment and this… 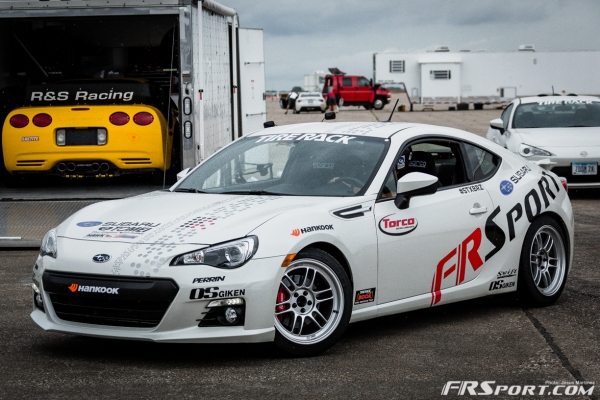 Our 2013 Subaru BRZ. This car is the car that we have brought in order to compete in both STX and STX L3 Classes. The vehicle has already been touted by many as the best driving car by both grandmothers and racing afficionados. FR Sport however have transformed and developed this car into a cone-avoiding, time-killing machine. As of writing the car has already won the STX class that we came here to compete for and completed the 2nd portion of the event as well. More details on the results will populate here on Heavy Throttle later as well. 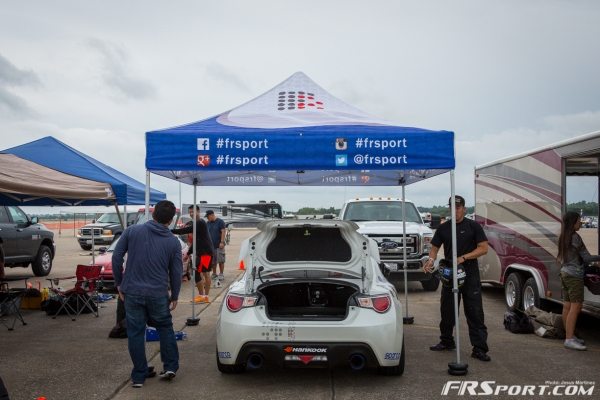 Because we arrived in Lincoln Nebraska in the morning this past Friday, we were only able to sneak in a few hours of sleep before we took out the car for testing a couple of hours later that same day. We got there a little groggy but managed to get the tent up and bring out some items before we were able to check into our hotel back in town. 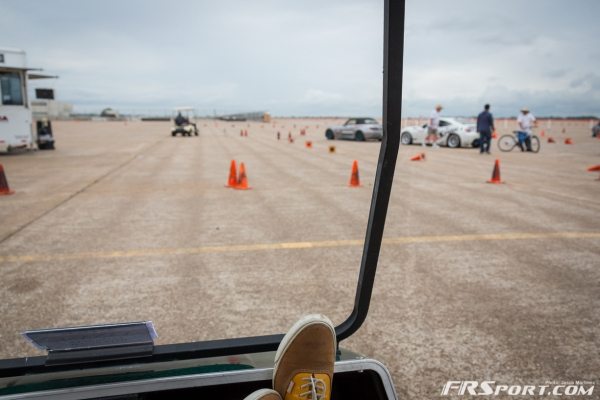 After what was probably one of the best showers of my life, we headed back to the insanely large Lincoln Air Park which was where most of the events would take place. The venue was so large that riding in a golf cart was the norm and if you didn’t have one, your were in for some serious walking. For the better part of Friday I sat back and captured the teams practicing and tinkering with their cars, from the comfort of the golf cart of course. 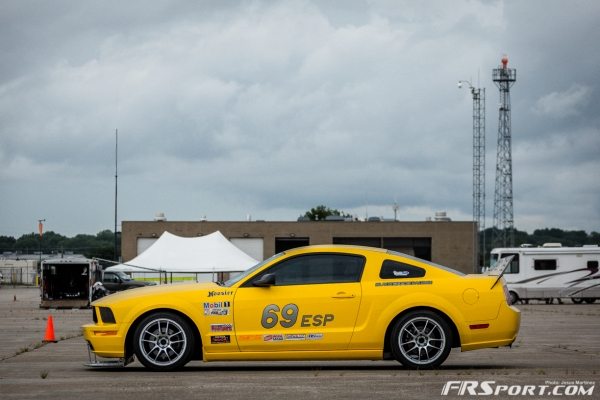 It was a bit erie to find cars left all by themselves at the massive Air Park, but then again that goes to show you the respect and value the Auto Crossing community has for one another’s race cars. 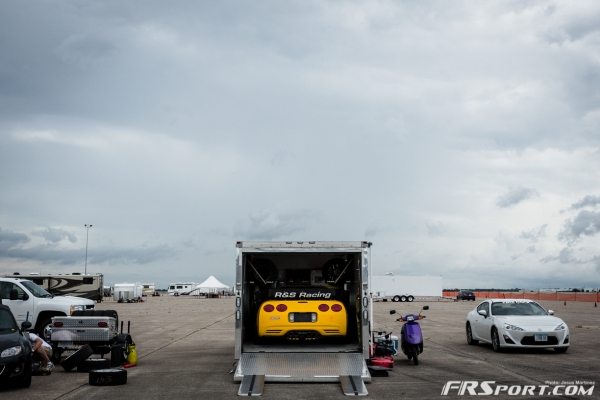 Many other vehicles were safely tucked into their trailers however, waiting for some testing or any last minute wrenching. I was told that although the Air Park was filling up, by Tuesday the whole area would be covered in trailers and competing vehicles. 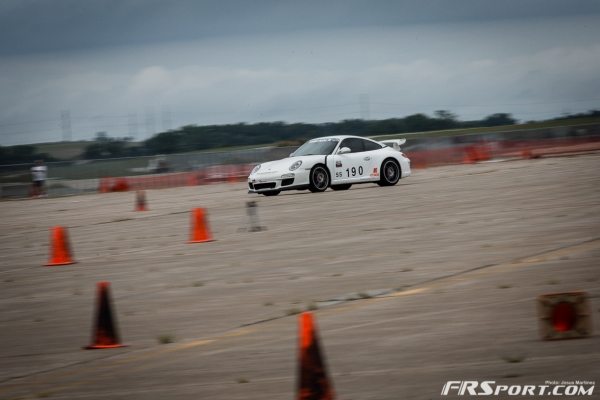 Over on one of the test courses a lot of competitors were running their cars and getting a feel for the Air Park surface. Here a Porsche was being put through its paces and running the test only course to improve its time on the actual Pro Solo course. 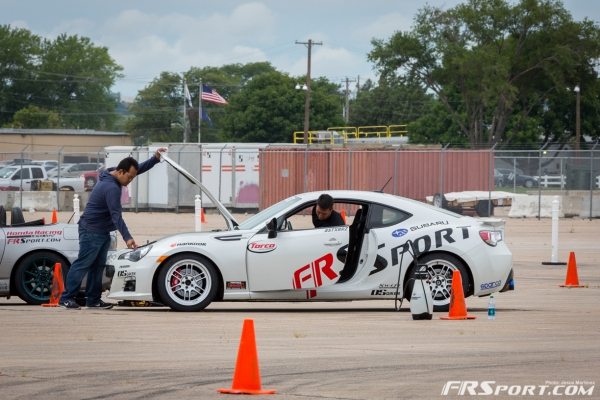 The FR Sport Team themselves were getting an early feel for the surface as well. They were checking all fluids, suspension settings, and recording all changes to keep everything in order. The team essentially poked and prodded all day and debated on what would be the best set up for the event. 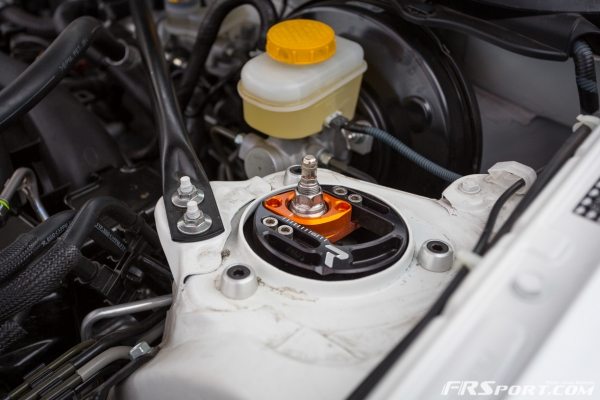 Because FR Sport equips one of the most sophisticated suspension systems for the Subaru BRZ, the suspension set up was something that indeed had to be on point. The changes on their particular type of dampers causes major changes with small adjustments so this area of the car was thoroughly checked. 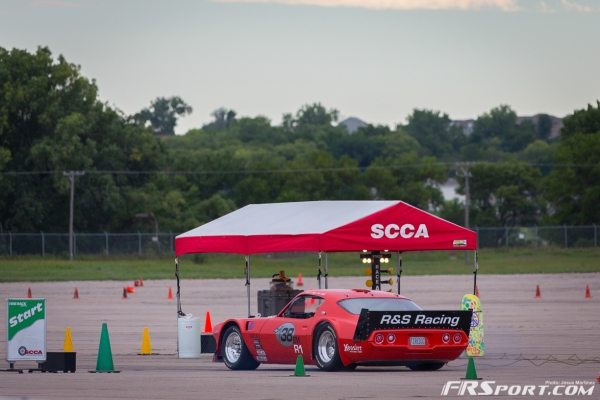 This day was also quite exciting as the launch practices were something I had not seen in a while. It was like attending a small drag competition within another competition, but was solely for practice. In this type of practice participants of the Pro Solo Finale tested and tried their launches; verifying reaction times and vehicle behaviour. 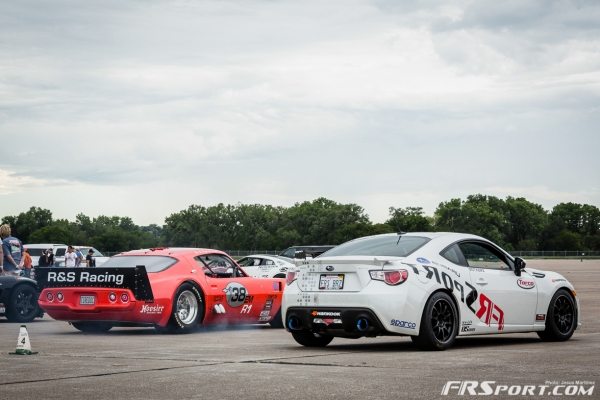 It was fun watching the Subaru BRZ go up against this monster Camaro from the EM R1 class. 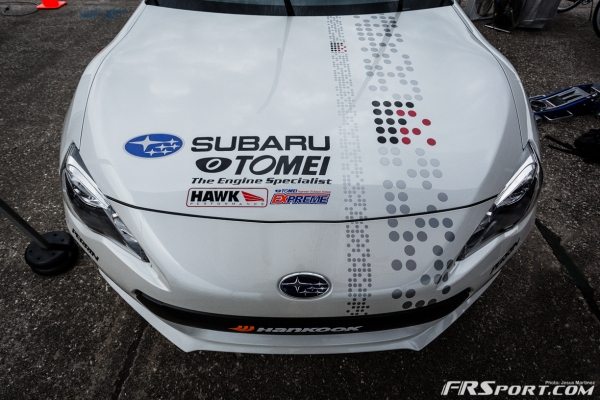 At the end of the day we were ready to tuck the BRZ back into the trailer and begin the Pro Solo National Competition early on Saturday Morning. We were all very anxious to begin but even more anxious to get some sleep as the whole trip we had only slept a total of 4 to 5 hours. Keep checking the blog as more details from the event is yet to come!