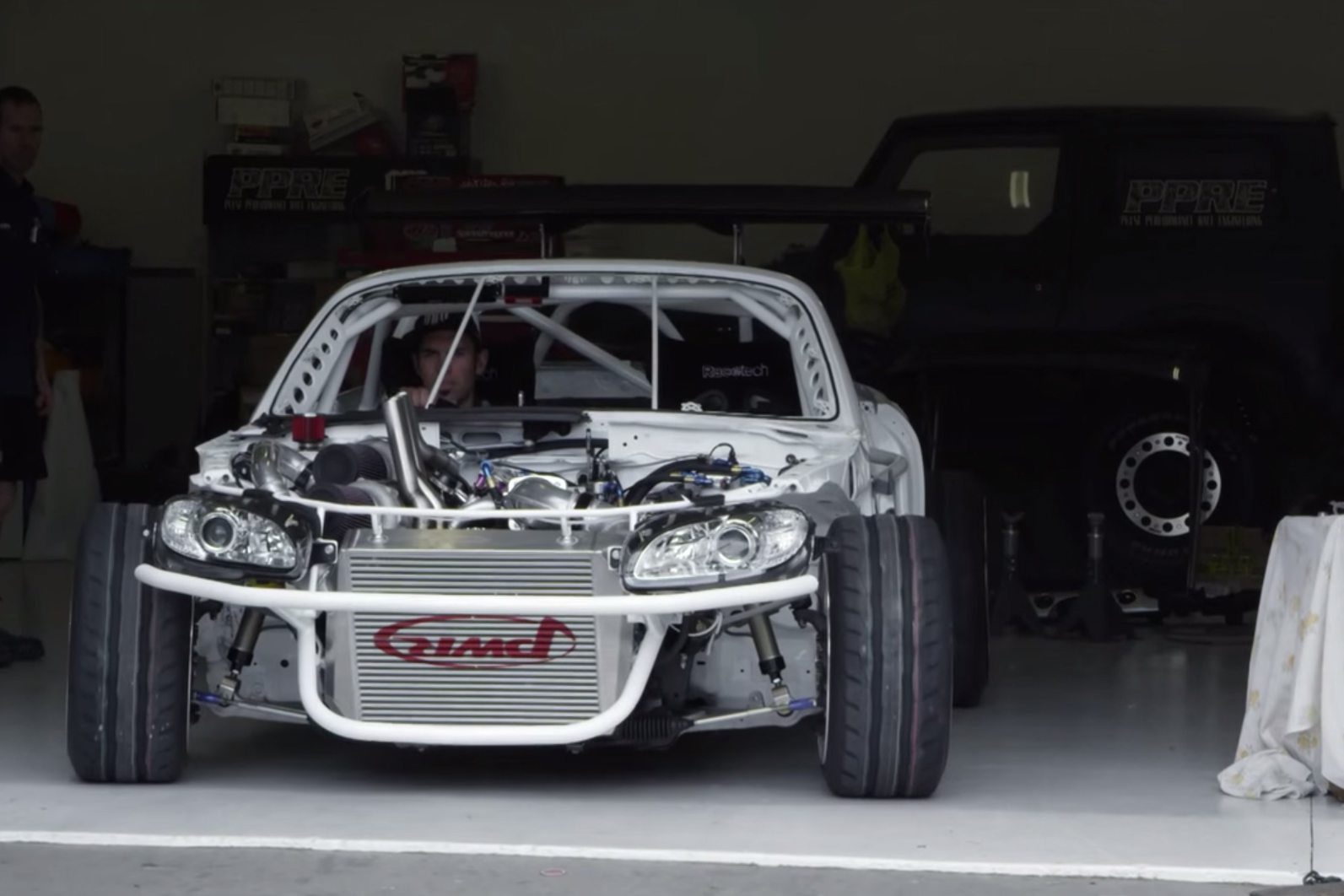 Following the media frenzy that was Mike Whiddett’s Madbull RX7 drift build, we should be preparing ourselves for another insane creation from the same man.

Below is the latest video released by Red Bull, showing an update to this incredible Mazda Miata MX5 build. Yes that’s right a “Miata”. The video goes on to detail some of the progress Mike and his team have completed as well as trip to the dyno and let’s just say the power figures are definitely north of 1000hp! Check out the video below with speakers up to 11 to hear a preview of what will surely be a spectacle at this year’s Formula Drift Series.