This year Top Drift Round 3 was held at night so the terrible heat wouldn’t be such a burden on the cars and drivers. With standing temperatures reaching well into the 100’s fahrenheit, we mostly waited out the day in the truck blasting the air conditioning. 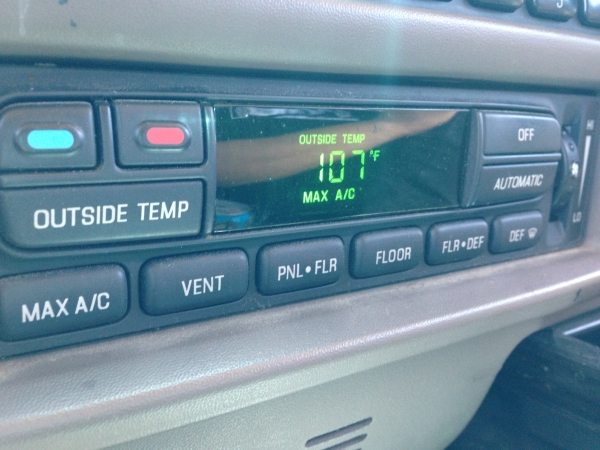 The “Dirt” Oval Track at Willow Springs has a reputation for eating tires, so a big part of this competition was trying to budget the amount of runs and tires that we could run. 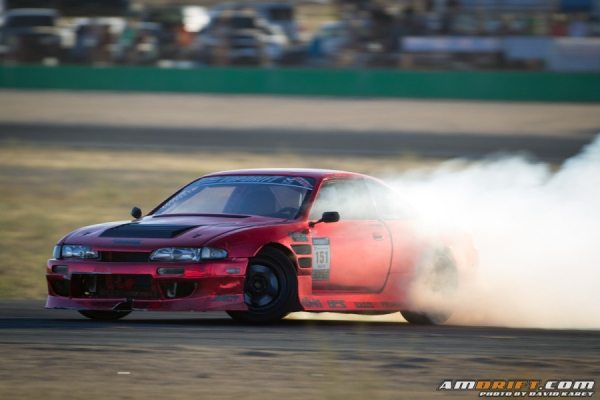 At Friday’s practice we tried to take it easy and just make sure everything was running right. We did a few passes and played a little with some friends. 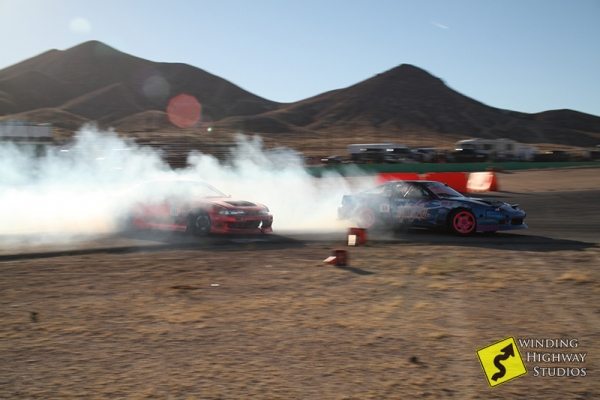 The next day qualifying started at 6 pm. I was feeling good about the runs and after all the smoke settled we had qualified in 5th position. 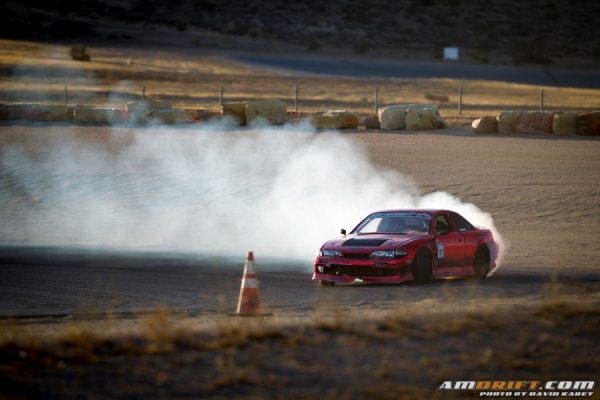 The battles continued into the the late night. 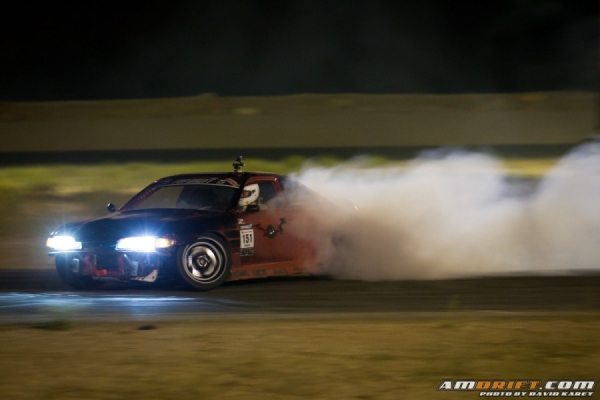 When all was said and done we placed 4th over all and we where happy to win “Best Tandem” of the night against my good buddy Joe Tardiff. 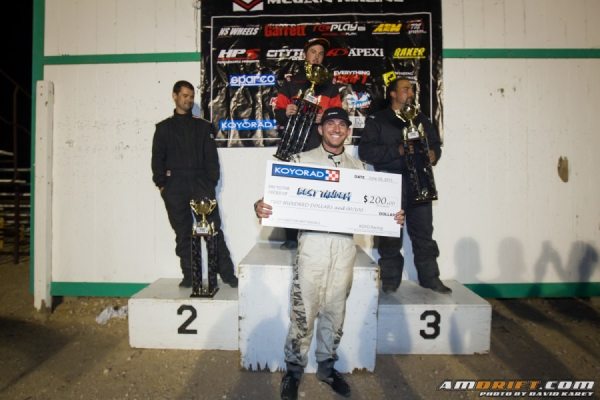 See you guys are the FINALS on August 29th!