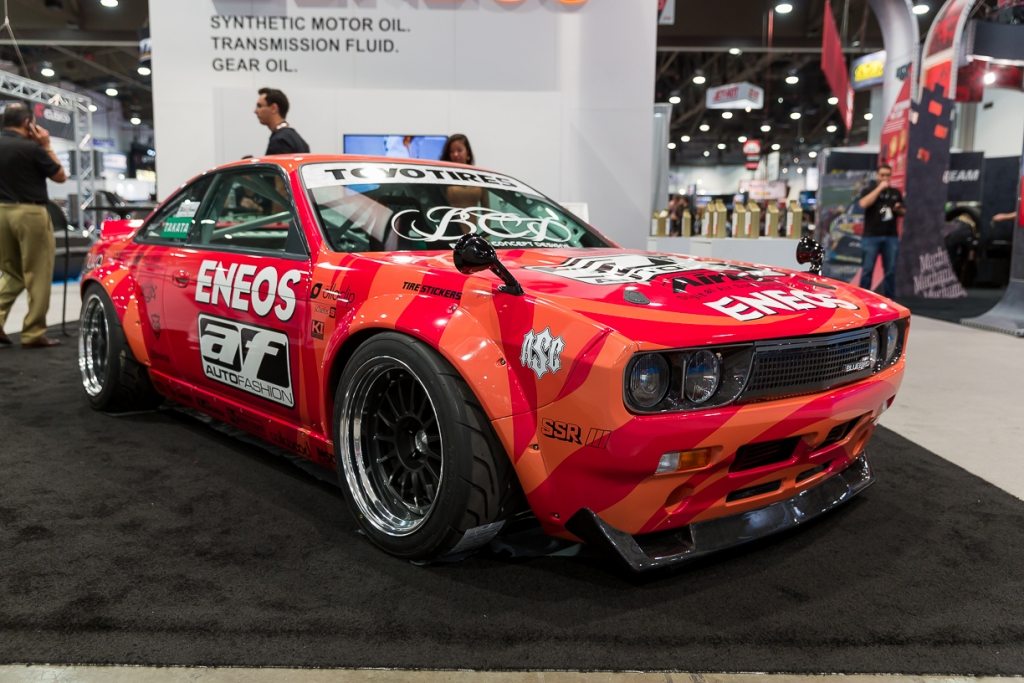 Location: Las Vegas, Nevada Date: November 2 – November 6 2015 Event: SEMA 2015 Once a year, one of the biggest aftermarket automotive convention takes place in Las Vegas, Nevada. Many companies bring their top products to show off their engineering year after year. Check out the photos from our Highlights of SEMA 2015.   [nggallery id=349]

At the very beginning SEMA was initially dominated by domestic vehicles and the performance parts that were associated with those cars. Now the import vehicle makes a great impact at the performance part show and for the past 3 or so years has won the best compact car award there. Without further we present to […]

V8 Motors, Mustangs, and Classic Muscle encompassed the 2014 SEMA show floor this year. One of the newest stars for the domestic vehicle side was the new and re-designed 2015 Ford Mustang. The show was teeming with the pony car as many tuners sought to personalize the new vehicle and make an impact with the […]

Every year we compile a list of some of the best import and domestic cars at SEMA. Every year we also put together a gallery of some of the most beautiful models that usher and greet visitors around the many booths at the show. From angel costume clad ladies swinging on swings to good-looking reps, […]

BMW is said to release a new car for the Gran Turismo  6 crowd some time in November featuring the BMW M Performance M4 Safety Car above. The vehicle was revealed at the 2014 SEMA convention today and will feature the full ensemble of carbon fiber parts made for the real life BMW M4 vehicle. The […]