For years Tomei has been one of the most revered tuners and parts manufacturers in Japan. Their line of titanium exhausts are probably some of the most inexpensive and above par quality exhausts out there. They are also particularly well known for their great SR2oDET Turbine Outlet Pipe. Countless people have chimed in about how great the turbo response improves after integrating one of these guys into their exhaust system.  Tomei probably doesn’t believe in the philosophy of “if it isn’t broken don’t fix it” however, because they have gone and done just that. 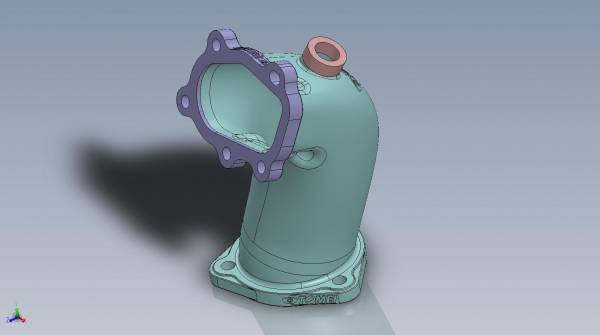 The image above demonstrates the new design of this popular SR20DET part. It has an increased air flow capacity of 950cc, up from 750cc. The mouth of the outlet pipe is where some of this widening has occurred and should net better turbo response. The other end of the pipe has also been widened up to 3 inches which should mate perfectly with equivalent turbo downpipes. All these new features in an already great product ensure this unit will be a success again and with its lost wax casting process (also used in Fine Art Production), fitment and installation should be a breeze.

If you have an SR20DET engine and think you could benefit from this meticulously engineered part click here to pre-order or purchase this unit. Happy Boosting Everyone.