Last night the Brand new 2014 Toyota Corolla was introduced in a lavish and theatrical event inside Barker Hangar in Santa Monica, Calif. Everybody awaited the release of the car through the night as some amazing theatrics by “Fueza Bruta” were being performed right up to the main reveal. 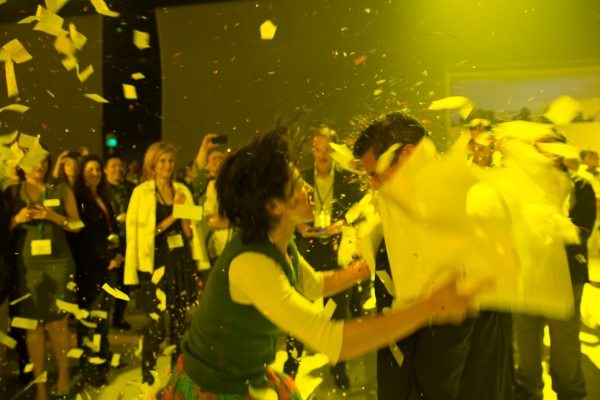 Although the main event was for the completely redesigned 2014 Corolla, which sports more aggressive and updated styling, “Fuerza Bruta” or Brute Force in Spanish almost stole the show. 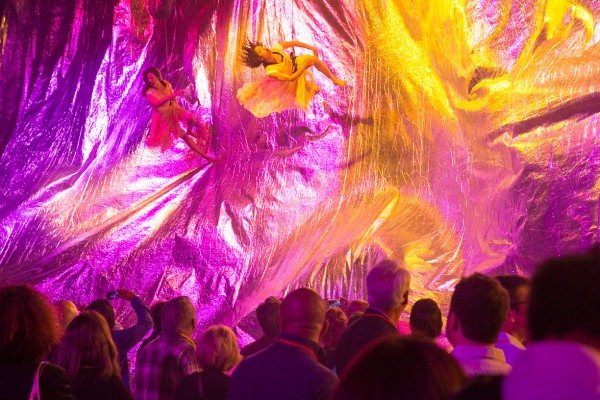 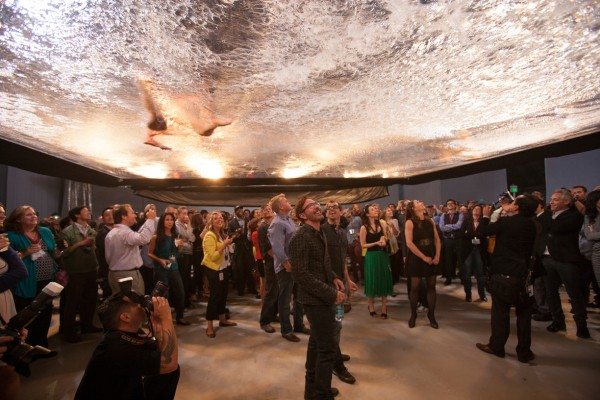 In a very Cirque Du Soleil fashion, a barrage of colors and extra sensory events were happening all over the place leading up to the reveal. At Broadway this is how the actors and performers play out their roles. 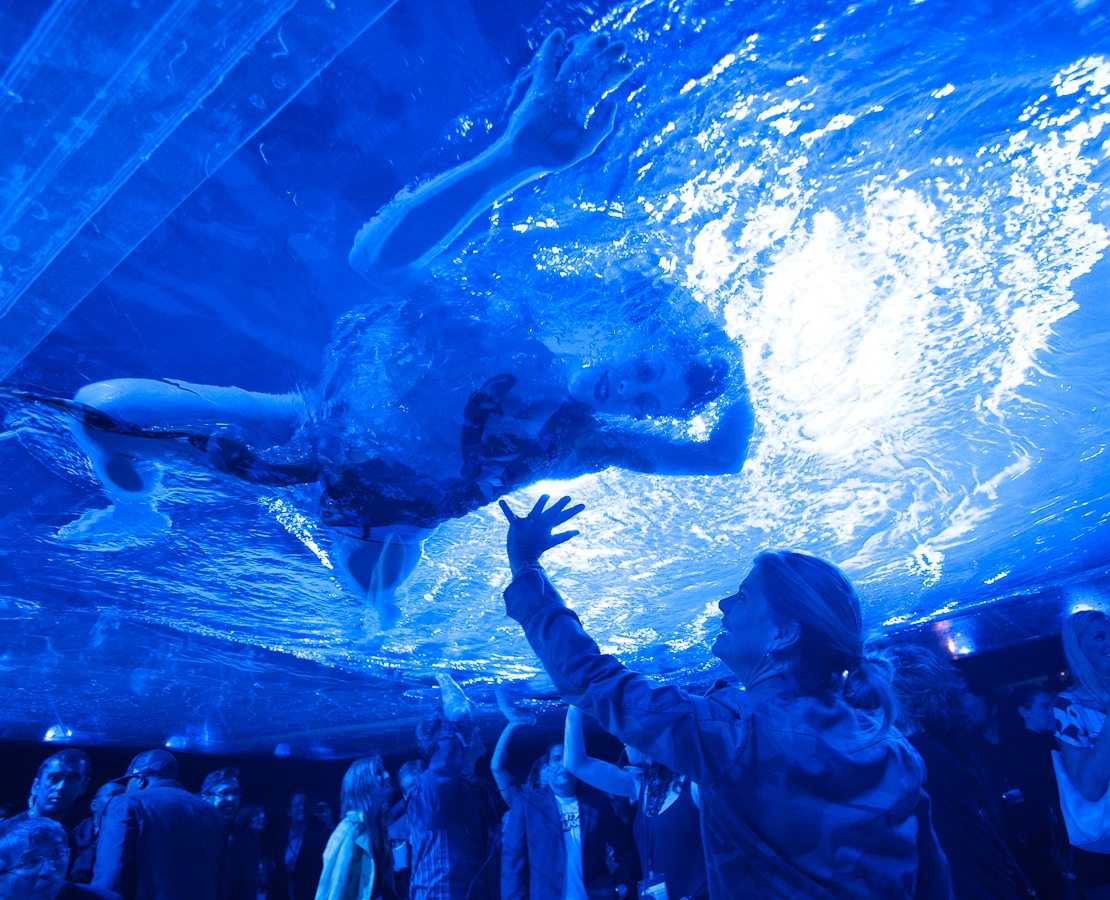 Back in New York the actors and performers do not really have a stage and bring the theatrics to the space around the people. This is what ultimately separates them from the Cirque Du Soleil style of show. 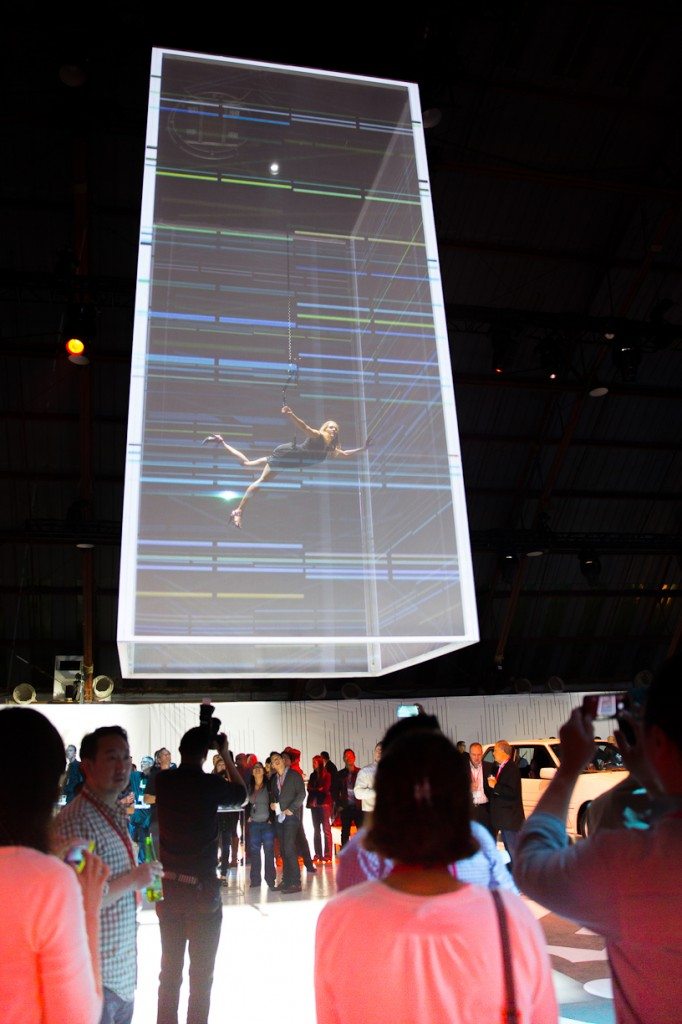 Last night in Santa Monica this was the case as well. As the events and performances continued to occur all around the spectators, the gran finale ended up being the reveal of the re-designed 2014 Corolla. 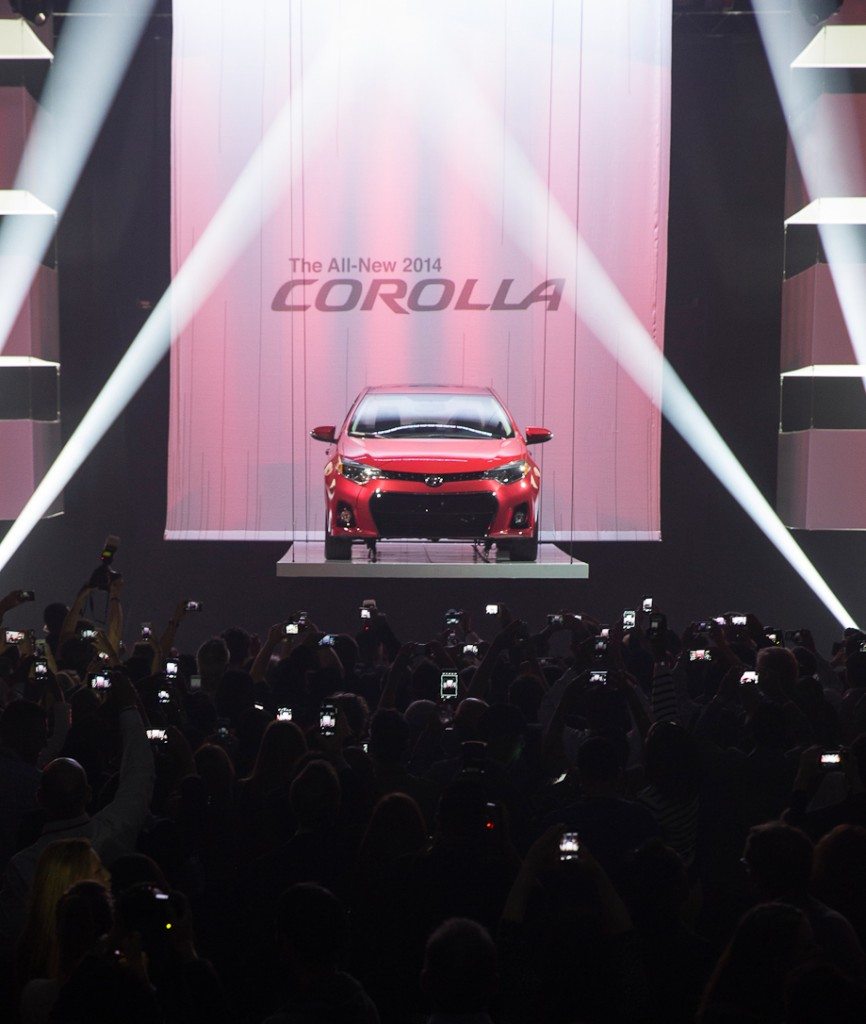 The vehicle probably went through such fanfare due to the fact that Toyota had been long overdue for an update on this car. At first glance it does look a bit more edgy and appealing than the previous offering and should net a good amount of profit for Toyota.

Let’s hope this puts enough money in their piggy bank to add more cool features to the future Supra. Make sure to check out the video provided by Toyota below for a closer look at the new 2014 Toyota Corolla.