Today BMW revealed their latest sport coupe to the world, The 4 Series Coupe. The first representation of the series that will follow the number “4”. Along with the release they have also shared press kits with the media. Tucked at the very end of the press kit  I discovered some very neat concept/final art that regrettably might get overlooked. 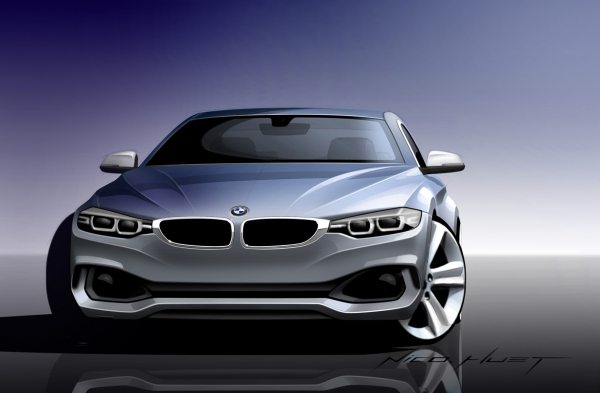 While most of the automotive sites and automotive news outlets will show you every single spec and every single angle of the real car, I thought it would be neat to showcase some of the cool fine art concept drawings that BMW also shares when they release press kits for brand new cars (along with some of the actual car images so as to not break tradition). The following images are not 100% representations of the new 4 Series but they are extremely close interpretations.

Take for example the image above. At first glance one would clearly define that as an exact drawing of the new 4 Series coupe. A more critical observation however would reveal that some of the proportions of the car have been skewed in order to look a bit leaner and aggressive. Because of all the boring rules car manufacturers have to succumb their vehicles to, some of the most Avant-garde design cues are left out. The government can’t say much about drawings however. 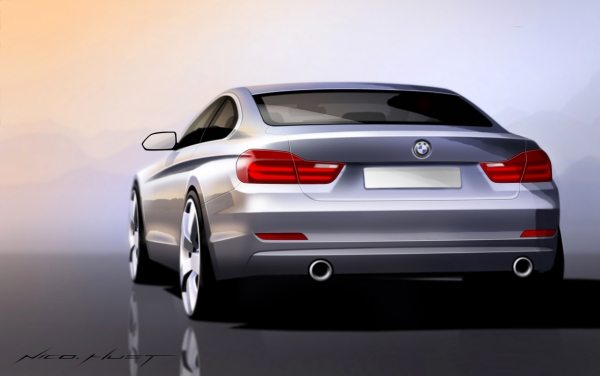 Here is the matching drawing for the rear of the new BMW 4 Series shown abaove. Notice how the vehicle looks and sits at a lower ride height. I personally feel these cars would look great lowered, but not everybody that buys these cars has the same tuning mentality as I have, or the youthful and pain free lower back. 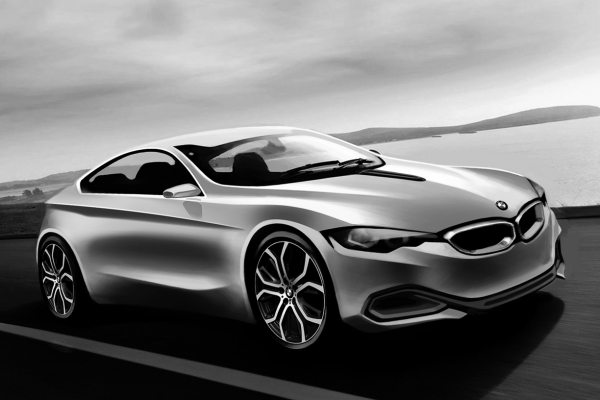 This image is a bit more conceptual. The sections of the car have been done away with completely and the car seems like one solid piece. A vehicle like this would be extremely hard to manufacture and an insurance estimators worst nightmare. The singularity of the body hints at contemporary design in the same way the single body Apple Macbook laptops do, by looking like its a minimalist sculpture. In the real world however, people need to have sections to their vehicles. It makes it easier to replace panels and for robots to build the car. The dimensions of the wheels in this 4 Series are also extremely large. They fill the wheel wells with exceptional fitment; yet another trick illustrators use to foreshadow the possibilities in the visual aesthetics of the car. 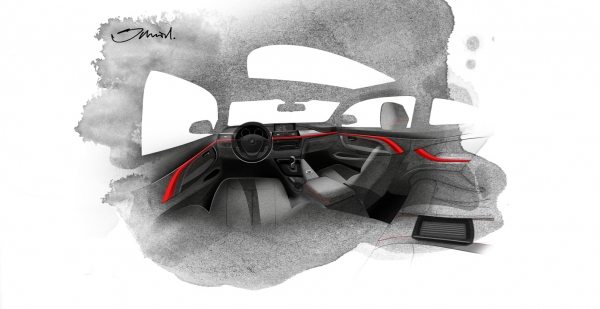 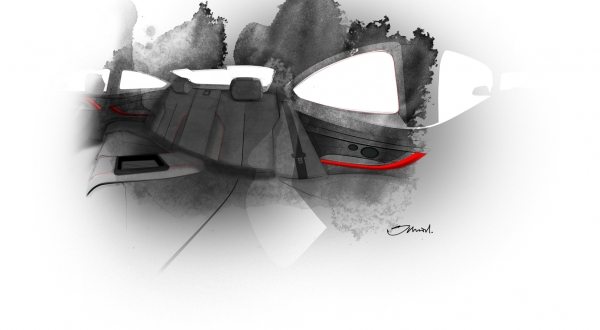 These two drawings depict the style and design found in the cabin. They are drawn in an extreme wide angle fashion. By depicting them in this style one feels a sense of openess as opposed to have drawn this in staright on  manner.

Now that you have looked at these great concept drawings take a moment to look through the real images of the BMW 4 Series Coupe by clicking the gallery button below and see if you can spot the stylistic differences. Its always interesting to see how a final product differs from the concept drawings & illustrations.