To say that I am disappointed that Nissan hasn’t yet given the S-Chassis community a new Silvia or 240Sx is somewhat of an understatement. I was infuriated when they announced the Datsun 510 revival aka the Nissan IDX Freeflow. Moving to a platform that is clearly super boxy and aero-dynamically challenged in my book was not the best thing to do, but could definitely understand the heritage appeal of the car. When I attended the LA Autoshow back in November as well, I gasped when they announced they were going to reveal another “performance based car” with Nismo backed products. As I waited for Ussain Bolt, the fastest man alive to pull back the covers of the mystery car, I inched closer and closer to the covered car. 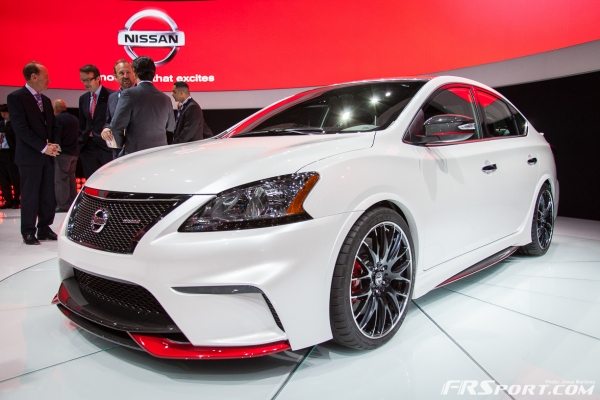 Alas the curtain was peeled off the car and it wasn’t the Nissan S16 that I and 90% of my fellow Nissan fanboys had been dreaming about. It was the car you see above. The Nissan Sentra Nismo Edition. 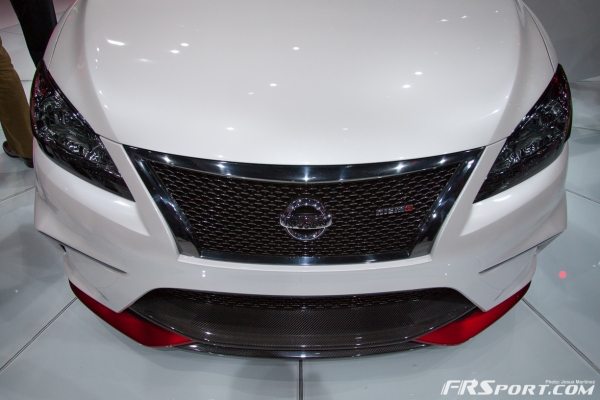 When I first saw it, again hoping it was something else, I immediately made a face at it for not being what I wanted it to be. Then I thought, “Wait the old Nissan Sentra Spec R actually had a decent following”, and proceeded to check out some of the features of the bulky beast and try to give it a chance. 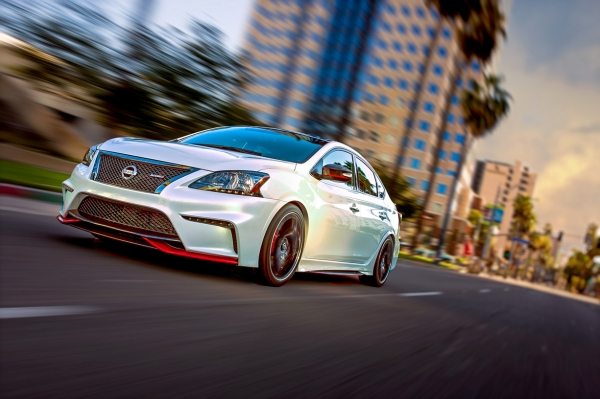 The first part of the vehicle I saw back in November was the front Bumper. I thought to myself, ok this is interesting. It is a  big car but overall it has features that hint at some power as demonstrated by this Nissan press image. 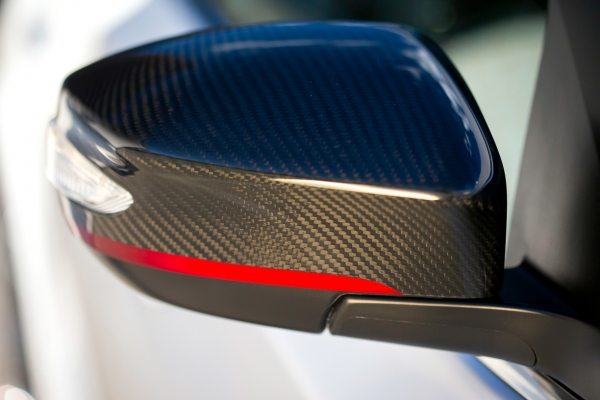 The other touches of red around the Nismo Sentra also seemed to sit quite well with me. The chromatic continuity definitely referenced the Nismo brand a lot and were well placed. The more of this red I saw the more I started to like it. 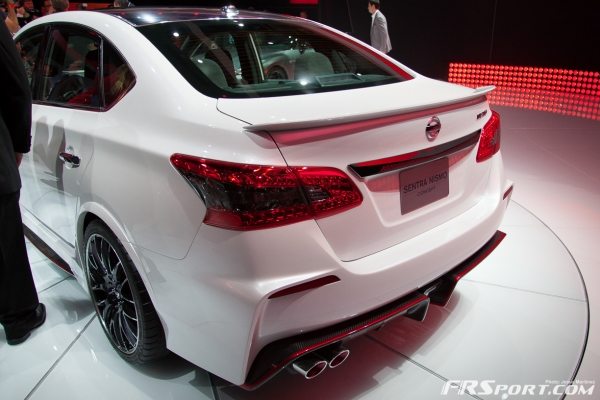 As subtly aggressive as the front was, the rear was even more and at least visually more race inspired. Rectangular extensions of the body throughout the back made subtle but noticeable nods to the JGTC racing series just like the Nismo GT-R, that had been released minutes before did, albeit a lot less pronounced. 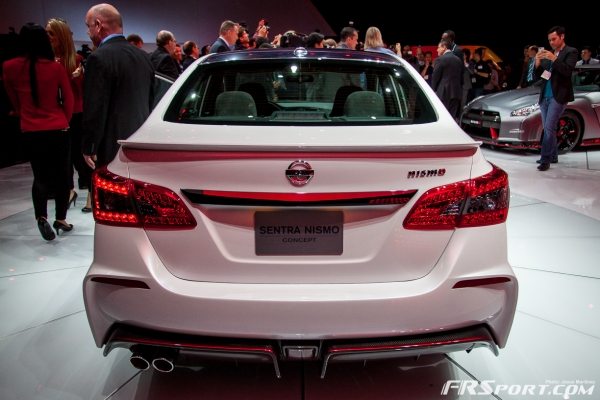 The twin exhausts out the same rear did not fool anyone however, as the stated engine was said to be only a 1.8L engine. This engine would be turbocharged though and technically would be the same engine found on the Nismo Juke RS. The proposed 1.8 Liter DOHC engine was said to have an estimated 240 horsepower which should be good for some surface street fun if anything; considering this Sentra might also be up there in the weight category. 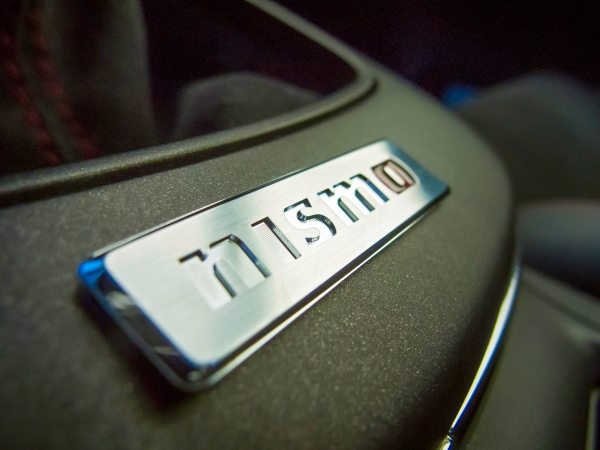 If adding more Nismo swag adds more weight however, add me to the list of porkers. This car was littered with awesome Nismo / JDM goodies. 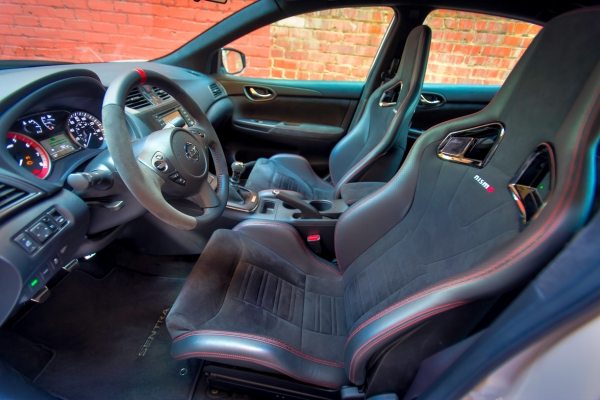 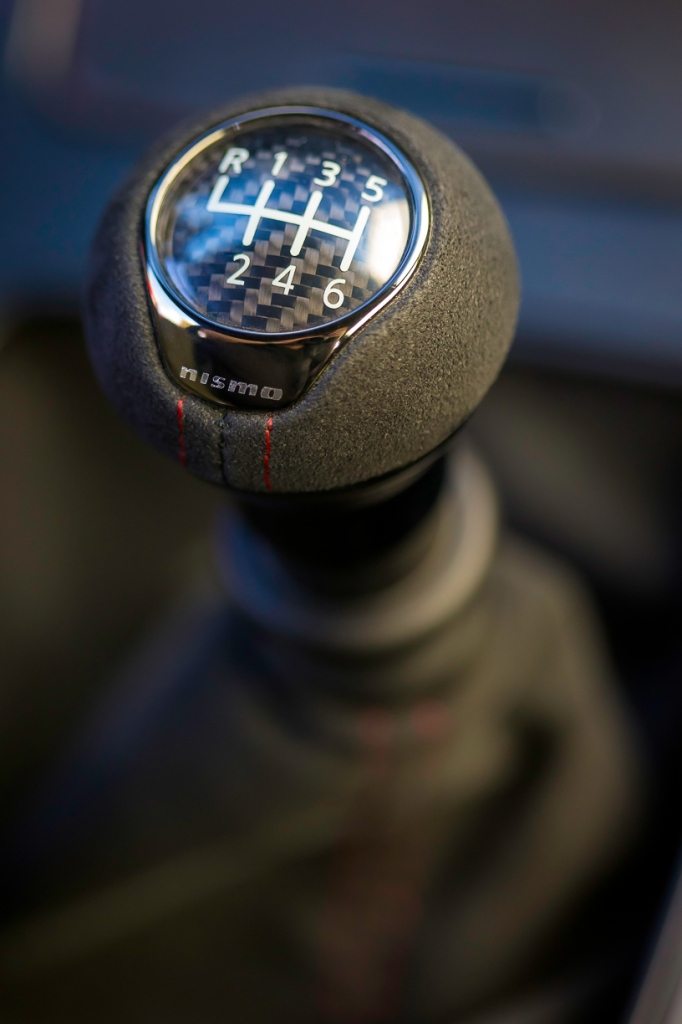 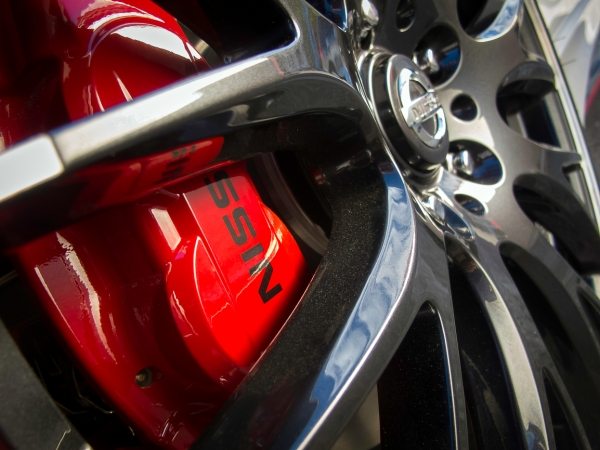 and the beefy brakes to boot. 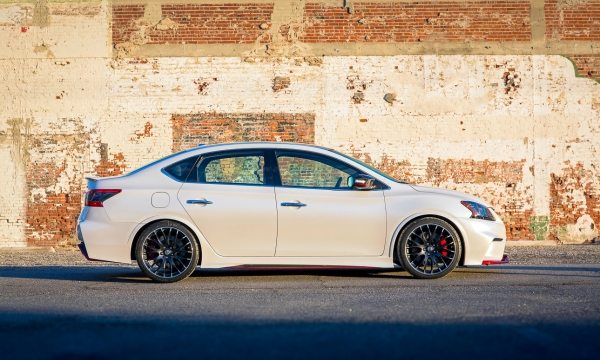 But enough with the greedy desire to strip this car apart because I could simply go on all day.  After I was done walking around the car and carefully evaluating it I learned to like the concept. It simply made sense. Nissan already makes this car and would simply need to minimally add a few things in order to bring it to market. Fans of the previous Sentra Spec R would be currently jumping for joy and would certainly buy it as soon as Nissan says that it is available. The question is, will it be? Or are they simply toying with the emotions of the segmented Nissan enthusiast. Lets see they have made a concept car for the classic 510 guys, one for the tuner but not racer guys (this Sentra), and one for the extreme race oriented drivers (The Nissan GT-R Nismo edition). Is Nissan simply playing the field? Ultimately that is why concept cars are created, to test the interest of the enthusiasts without having to commit to a production run.

Only time will tell if we will get to see any of the previous concepts being debuted by Nissan on the streets, but you can certainly catch a glimpse of this latest Nismo offering from our images of the LA Autoshow and the recent press release for the North American International Auto Show. Simply click on the link below for the Nissan Sentra Nismo Gallery. Enjoy!