Leading up to this event was quite the roller coaster. I had planned to be out at Horse Thief with Just Drift  to test out the new LS2, some suspension settings, and just general fun, but one set back only led to another and I was not able to get the car running in time. This meant that round 2 would be our tester as well, and that’s never fun.

The car was relatively ready going into Horse Thief. Not a lot of last-minute changes and no late nights right before competition (and for what ever reason, that makes me nervous). I went in pretty confident, thinking Saturday would be nothing but seat time…boy was I wrong.

After one lap I had noticed that the hydraulic e-brake was putting pressure to the rear calipers even when the lever wasn’t being pulled. I pulled the car in, let it cool down (the brakes were literally on fire), and readjusted the lever. 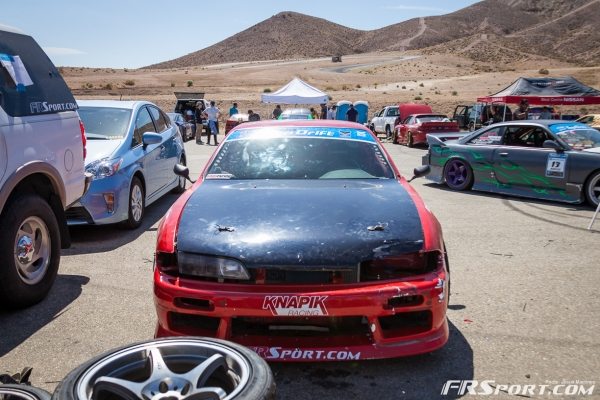 The issues continued throughout the day with us having to pull apart the master cylinder because the return springs inside where binding together and getting stuck.

When the e-brake was somewhat situated, halfway through the day, another issue reared its ugly little head…electrical.

The fuel pump cut out and would not longer kick in. After getting towed back in, it turned out a fuse had jiggled loose. We popped it back in and again the  fuel cut and had no more fuel pump. We got towed back in and it wasn’t as easy as a fuse this time. Something had gone hay wire in the fuse block itself, so nothing was working now. No fans or fuel pumps were available. Adrian got to work quick and rewired everything to bypass the relays, but it was already the end of the day.

Our buddy Kenny Cheu was having a really tough time as well. He had a harmonic balancer come loose on him so he got to quick work. After it was all put back together though the internal damage was too much. Kenny bent some valves and was done for the weekend. 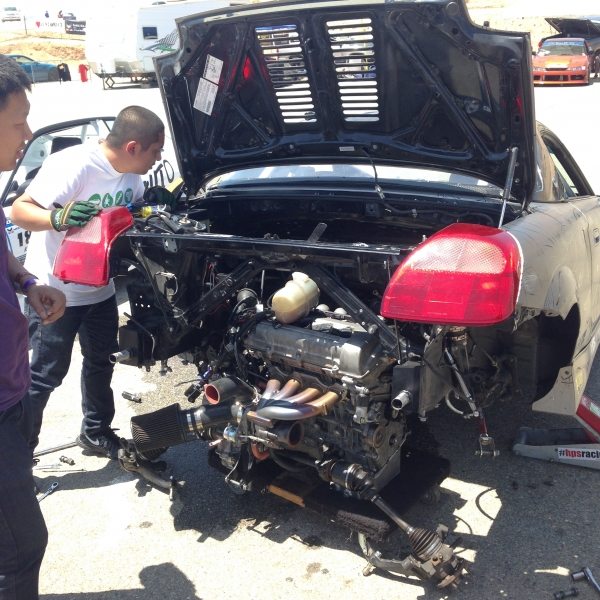 Sunday would be qualifying and competition. On each qualifying run I ended up putting one wheel off and with a competitive field like this, there was no room for error. I ended up qualifying 24th, cutting the day short. 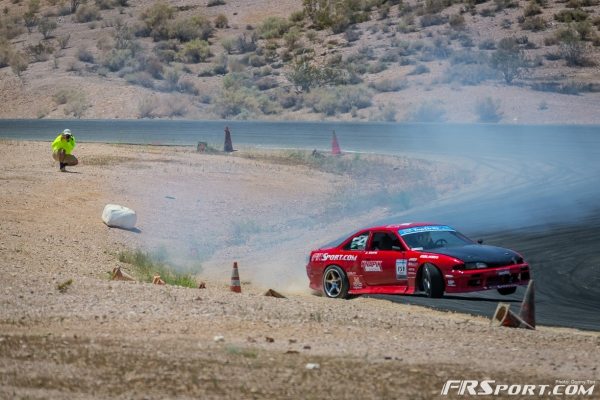 Time to reset and get ready for round 3!

Make sure to check out the full gallery by clicking on the button below.