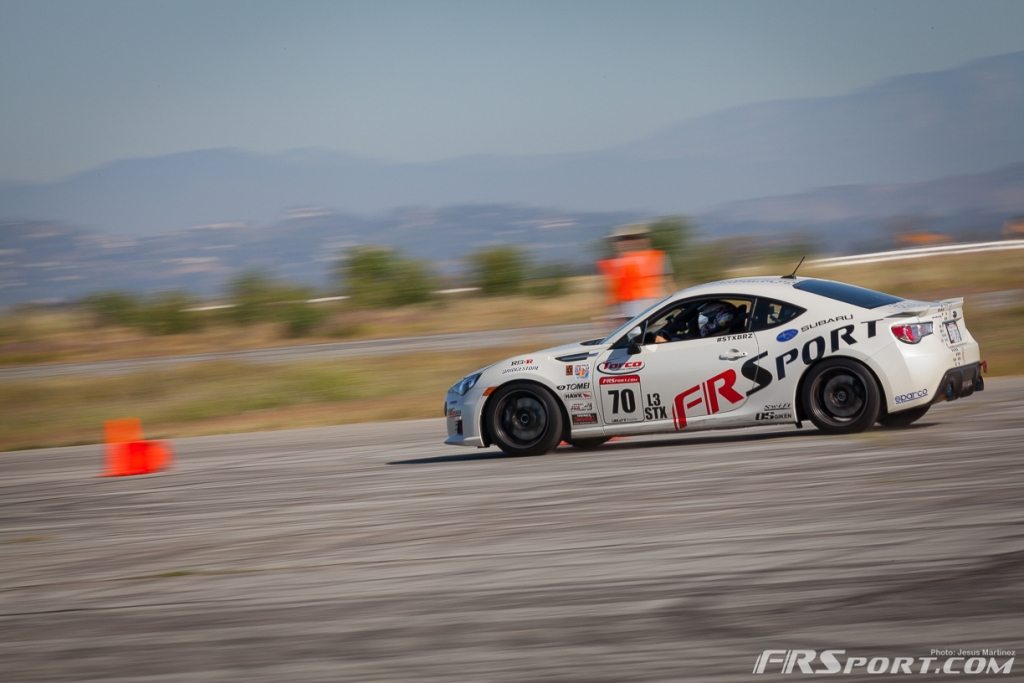 There is nothing like coming off of a three day race weekend. You’re slightly confused on what day it is, you’re checking the cool sock tan that you scored, you’re constantly reminded that more sunscreen should have been applied, and you may be thinking what if… 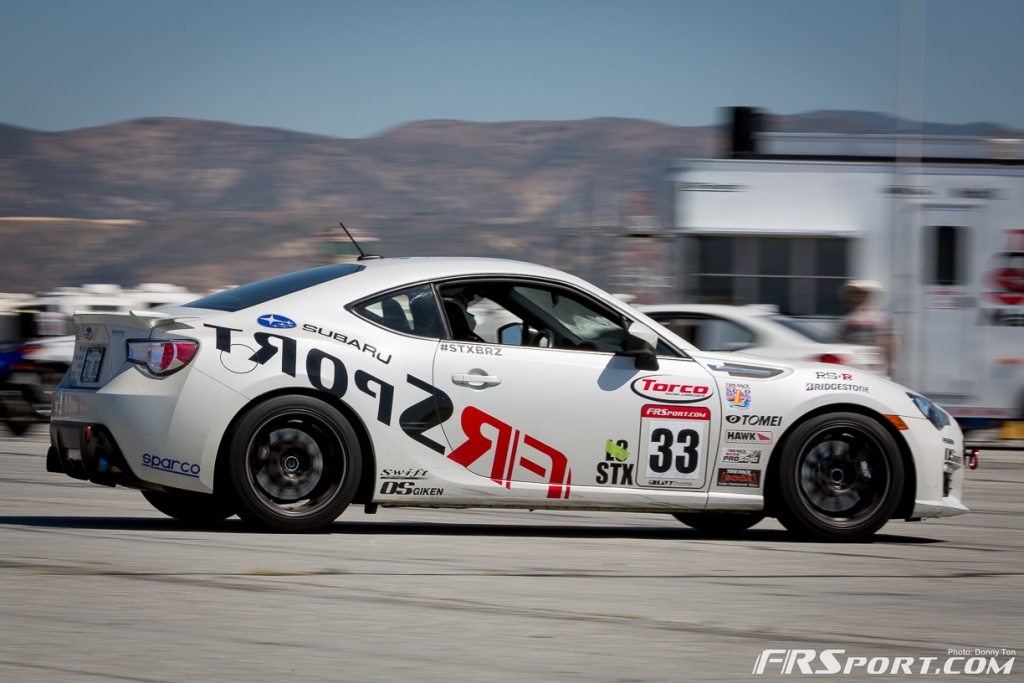 This past weekend, March 27th – 29th, was a test to see how one another can stack up against some of the other competitors in SCCA’s national autocross series. Unfortunately, one must not assume from this past weekend’s event how things will eventually shape up at the SCCA Solo Nationals in Lincoln, Nebraska for various reasons. However, what each national event does tell the teams and drivers is, whether they are going in the right direction or not. 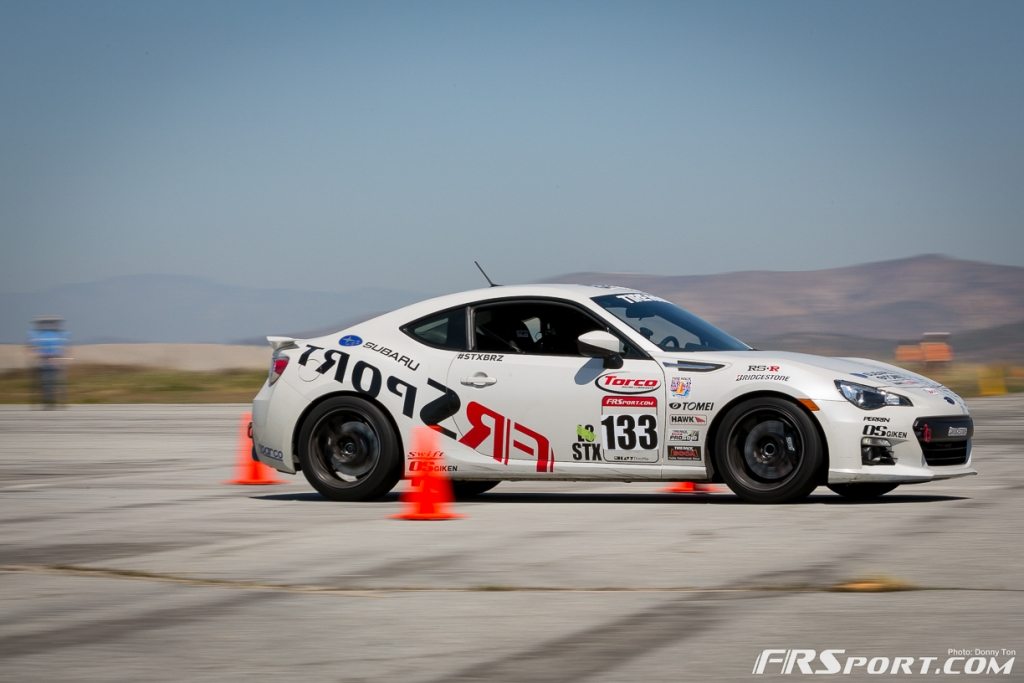 Friday started out with tech, practice starts, the welcoming party, and last minute preparations for the busy weekend ahead. The FR Sport Subaru BRZ was able to produce 60 ft. standing starts anywhere from 2.2 – 2.5 seconds…and yes, I had the slower 60 ft. times. Leading into Saturday the FR Sport team decided to try out a set of scrubbed Hankook RS3s, which gave us great 60 ft. times, like Catherine’s 2.0 seconds, but came up a bit short on course times. After the first heats, the FR Sport Subaru BRZ topped out in fourth place in STX and third place in Ladies combined (L3) class. The FR Sport team then decided to try out the Bridgestone RE71R tires during the second heat later in the afternoon. The first impressions of the Bridgestone RE71Rs were overwhelmingly positive. The tires offered amazing lateral grip, which gave us confidence and trust that the car could be put on the edge without hesitation. Although the 60ft. times didn’t improve, the lap times did improve. The second heat ended on a good note for the FR Sport Subaru BRZ by placing third in STX and fourth in L3. Even though the car was not in the top spot, we had the raw times that proved to be a threat. On Sunday the FR Sport team decided not to make any major changes and keep the Bridgestone RE71R on, since the car was driving so well. After the third and final heat of the weekend, Catherine and I were able to take the top spots in STX and L3! It was exceptionally exciting that we were both able to obtain our first win at a SCCA national event. We were both able to overcome our deficits and win with a fair margin in both classes. 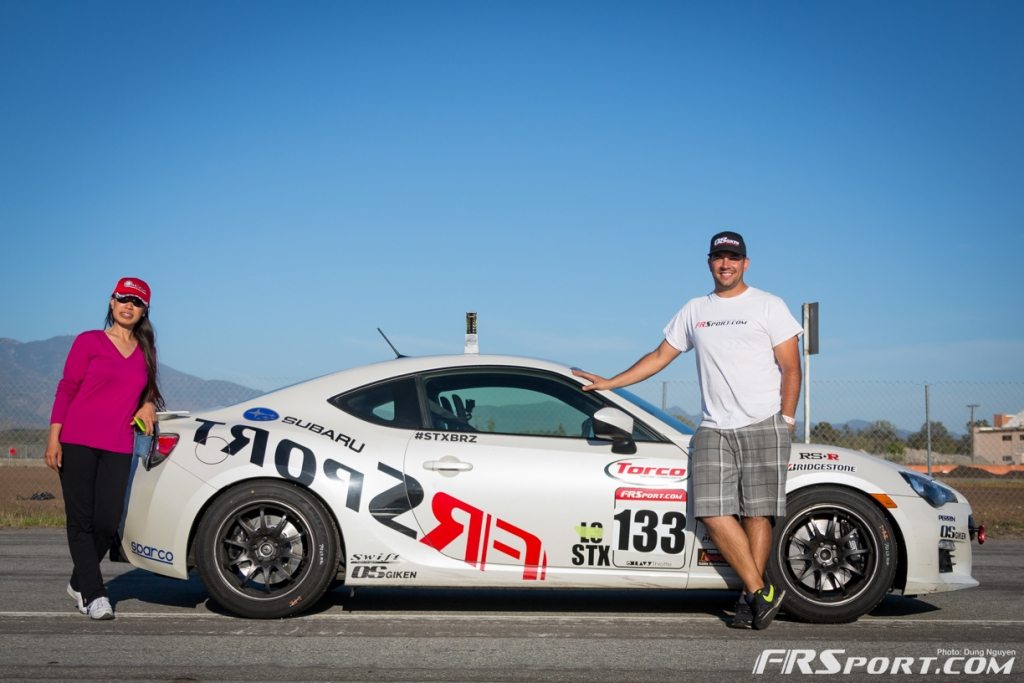 So, was it the Bridgestone RE71R tires? Was it the ability to perform under pressure? Or was it the ability to count and overcome the previous mistakes? One way or another, it was a combination of factors, which the FR Sport team was able to capitalize on during crunch time. I am truly excited and looking forward to the next national events, because this proves that we have the tools to win. Even though the likelihood of winning all national events that we attend from here on is slim, it is something to strive to achieve! Like what all autocross instructors demand “always look ahead” or you might get too far behind!

If you haven’t already make sure to also check out the exhaustive coverage of the event by some of our team members through the links below.